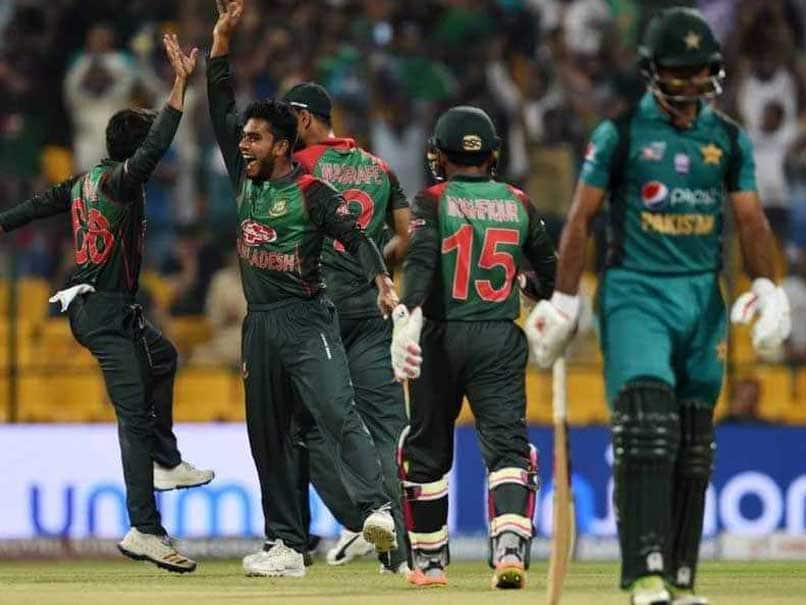 Yesterday was the last match of the Super Four stage to decide who will face India in the finals of Asia Cup 2018. Bangladesh faced off Pakistan in this exciting match and after winning the toss, Bangladesh decided to bat first. The wicket was greenish, and the Bangladeshi openers came out to bat and they lost three quick wickets with only 12 runs on the scoreboard, thanks to the returning Junaid Khan, as the decision to bat first seemed like a disaster at this moment.

It looked like Pakistan would make quick work out the match, but the next batsmen had other ideas. After losing those 3 wickets, Mushfiqur Rahim and Mohammad Mithun were the two men on the crease and the duo paced up well against the spinners, racking up a standout 4th wicket stand of 144 runs.

Hasan Ali, who had failed to keep the pressure on the batsmen after the first 3 wicket, finally got rid of Mithun as he top edged a pull only to get caught and bowled by Hasan Ali. Another turning point came when Rahim, one run short of his century, lost his wicket while trying to drive Afridi. Junaid, brought into the side at the cost of Mohammad Amir’s second layoff of the tournament, added two more wickets to his tally, razing out Mahmudullah and Mehidy Hasan to finish with 4 for 19 and bundle Bangladesh out for 239 in 48.5 overs. The last five wickets fell for only 42 runs.

Pakistan lost three early wickets while chasing too, managing a total of 18 runs for the loss of 3 wickets in 4 overs. And as similar as the performance was already looking, Pakistan too, but not completely like Bangladesh, had a strong 4th wicket stand between Malik and Imam as they managed to rack up a 67 run together before Rubel got rid of Malik and Imam was left high and dry to put up a lone fight.

Shadab Khan was promoted above Asif Ali but failed to get going, consuming 24 balls for his 4 runs before becoming Soumya Sarkar’s maiden ODI wicket. Asif Ali, dropped on 22 by stand-in wicketkeeper Liton Das, did put up a 70-run stand for the sixth wicket with Imam, allowing Pakistan a shot at the target, but both fell in consecutive overs and from there it was just a matter of time and Bangladesh easily got the job done and wrapped up the second innings by getting Pakistan all-out for 202 and winning the match by 37 runs. Man of the Match: Mushfiqur Rahim.