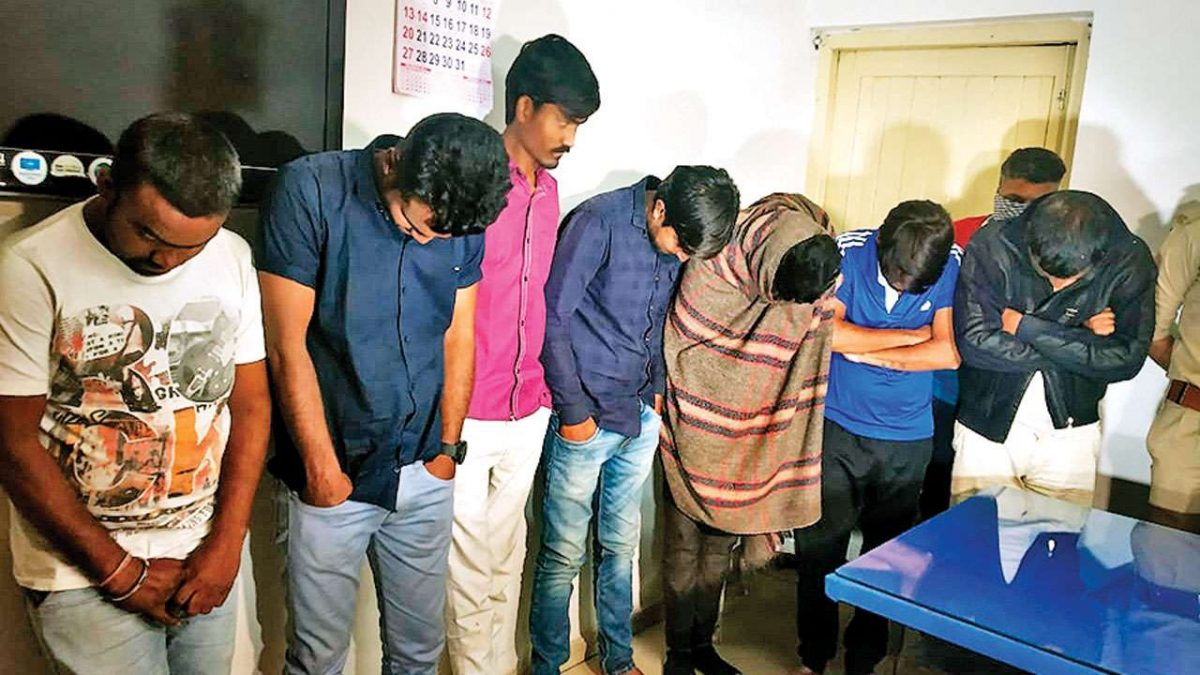 In wee hours of Wednesday this week, the city of Ahmedabad saw a gambling raid conducted by its police forces, guided by the cell monitoring team. The raid amounted to confiscation of goods worth INR 1.68 Lakhs. The raid happened within footsteps of the Ahmedabad Police headquarters in Shahibaug locality.

Ahmedabad’s DGP Shivanand Jha mentioned that all 8 accused are residents of the police line located besides the headquarters. “They are being questioned whether the gambling den was run on a daily basis or occasionally. We are also probing whether anyone from the Ahmedabad Police headquarters is involved in running of the gambling den,” said Jha.

Such a thing as a gambling den operating in full force with such proximity to the enforcer’s headquarters is somewhat shameful, if not funny. Coming to the arrested persons, they are Dipak Patil (36), Majidkhan Pathan, Vishal Vaghela (20), Nilesh Chavda, Ajay Dantani (24), Manohar Bhagul (46), Alpesh Chauhan (28) and Vijay Parmar.

Joint Commissioner of Police Vipul Agarwal said that the site raided was an open plot just besides the HQ. “The accused are either policemen or line boys. We have initiated an action against one of the policemen involved and may suspend him, pending inquiry.”

Recently, the Mumbai police also went hard on illegal gambling dens and lottery parlours. Last December, they raided 7 lottery parlours and made 11 arrests. A lottery parlour in Bandra was also raided in connection to GST evasion and the owner arrested. Mumbai Police has recently upped the game, ahead of elections.

Pappu Savla, a notorious gangster, thug and often called the ‘Matka King’ was kicked out of Mumbai and was told never to return to the city for 2 years. Such instances have been witnessed before in Mumbai and it looks like it will continue in the future as well. Keep reading GutshotMagazine.com for more gambling related news from the country as well as general gaming/gambling news from around the world.