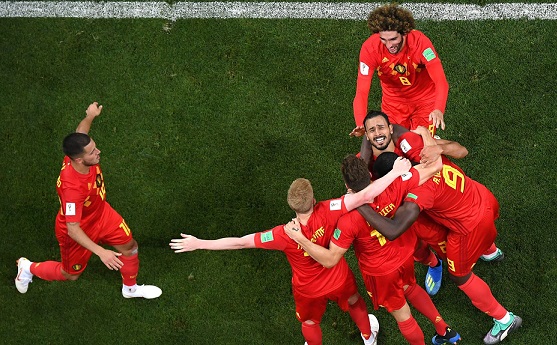 There have been talks of this being the best-ever FIFA World Cup thus far and every day, that point keeps proving itself. A lot of favourites have been knocked out so far and yesterday, we were expecting Belgium to be shown the door as well. That was, of course, until they made a stunning comeback.

Just like the first game of the day, Belgium and Japan went into the half-time break without a goal, with both teams creating equal chances for themselves. Belgium were consistently applying the pressure while the Japanese were counter-attacking well and creating an opportunity every now and then.

It was just 3 minutes after the second half began that Japan, not Belgium, opened the scoring with Genki Haraguchi coming one on one with the goalkeeper and finishing well. Just four minutes later, Takashi Inui doubled the lead, putting Japan 2-0 ahead with an outrageous kick from outside the box.

Belgium’s future in the World Cup was now in doubt, with around 40 minutes left and 2 goals down. It was all set to be another upset until they sniffed a chance when Jan Vertonghen lobbed a header over the Japanese goalkeeper in the 69th minute. Marouane Fellaini was brought on as a substitute and made an immediate impact, also heading one in, in the 74th minute and equalizing, 2-2.

The players were getting set to move into extra time as the four minutes of stoppage time were almost over after the 90-minute mark. Japan were on the attack and after dispossessing them, Belgium put in a counter attack.

They ran an empty field and late in the 94th minute, Lukaku’s dummy saw the ball pass through to Nacer Chadli, who was unmarked and scored, taking Belgium to 3-2 and through to the quarter finals. 5 goals in the second half made it completely worth it for those who stayed up to watch from India! Full match highlights here.

Keep reading GutshotMagazine.com for a daily roundup of the 2018 FIFA World Cup matches.