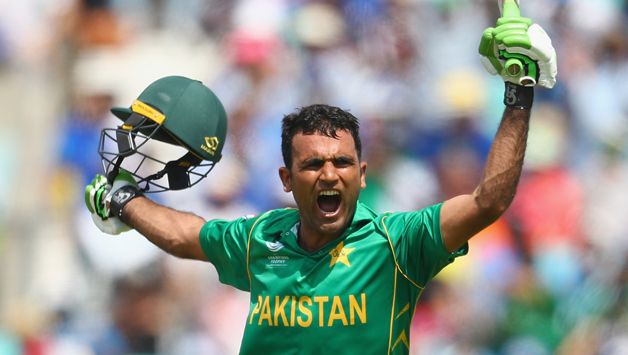 Yesterday was a historic day for Pakistan cricket and for a certain Fakhar Zaman, who is tipped to be one of the next best things for Pakistan. The 28-year old attacking opening batsman made his debut for Pakistan just last year and ever since then, he’s had many game-changing innings, but none can beat the innings he played yesterday.

The Pakistan tour of Zimbabwe is currently in the middle of a 5-game ODI series, and Pakistan took a 4-0 lead after their latest win yesterday. They’ve dominated the Zimbabweans throughout the tour so far and now that they’ve won the series, they’ll playing with any pressure and just look to break records.

He’s been included among some of the best names in the business by joining this list and he won’t be forgetting this day anytime soon. He smashed 210* while also breaking a 21-year old record for the highest ODI individual score by a Pakistani batsman, crossing Saeed Anwar’s 194 against India.

His opening partner Imam ul Haq (nephew of legendary batsman Inzamam ul Haq) also scored a century, being dismissed for 113 as they also broke the record for the highest opening partnership in ODI history – their 304-run opening stand beat the previous record of 286 runs by Upul Tharanga and Sanath Jayasuriya in 2006.

They finished on 399/1 as Pakistan also registered their highest ever ODI total, beating the 385/7 they scored against Bangladesh in 2010. Zimbabwe then came out to bat and they were dismissed for 155, as Pakistan recorded a 244-run victory – their second biggest in terms of runs in ODIs. The outcome – Zimbabwe lose to Fakhar Zaman by 55 runs!