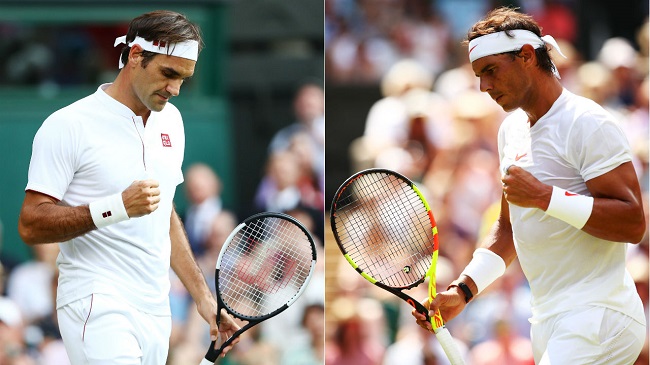 Viewership of the 2018 Wimbledon Championships has been much lower than that other years, because of the 2018 FIFA World Cup that is being played simultaneously. However, the action is as thrilling as always at The All England Lawn Tennis and Croquet Club, with Round 4 matches currently underway.

The top male seeds seemed to have no issues in progressing to the next round of the tournament. The top seeded Roger Federer and the #2 seed Rafael Nadal continue to set opponents straight in London, having won all of their respective games in straight sets so far.

Federer has only been taken to tie-breakers twice in this tournament thus far, while Nadal is yet to reach a set tie-breaker. However, both haven’t been playing seeded players as yet and Federer’s first real challenge will come when he plays #8 seed Kevin Anderson in a quarter final match.

It has been a great tournament for former world number one Novak Djokovic as well, who has dropped just one set in his four games thus far and will be up against Kei Nishikori in his quarter final match. He hasn’t reached the semi-final of any Grand Slam since 2016 so it’ll be an important match for him.

In the women’s tournament, the #25 seed Serena Williams got through to the quarter finals with ease, having yet to drop a set in this tournament herself. However, she is yet to play a seeded player and will be playing another unseeded player in her quarter final game – Camila Giorgi.

The only Indian in action yesterday at Wimbledon 2018 was Divij Sharan and he got through to Round 4 of the men’s doubles. Along with partner Artem Sitak, the two progressed after a tough 5-setter match. They lost the first couple of sets but came back brilliantly to win the game.

Keep reading GutshotMagazine.com for a daily update on the 2018 Wimbledon.