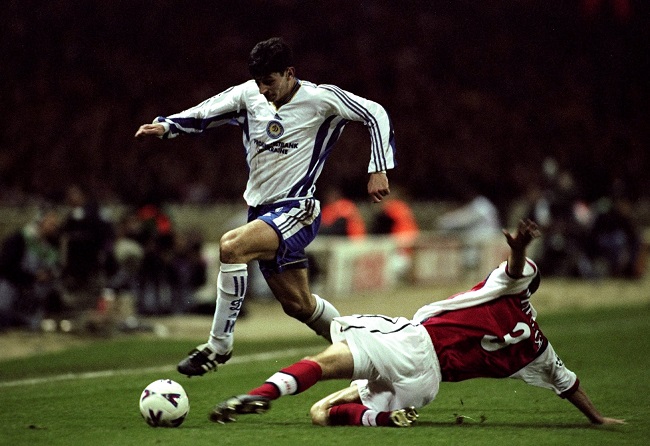 How to Defend from the Front?

Football is a game based on various aspects such as Attacking, Defending, Tackling, etc. Defending the opponent from scoring a goal is very important, here we will discuss various tactical approaches on how to defend the ball. Force the opposition to conceding possession by pressing from the front. How do the Spanish giants Barcelona get it back? By applying an unrelenting, high energy pressing game from back to front.

Their forwards are primarily tasked with creating and scoring and are as central to this game plan as any of their defensive player on the pitch.It is their job to win the ball back and gaining possession in dangerous areas where the opposition are supposed to be most vulnerable. Under intense pressure the opposition break by either giving the ball way with misplaced passes or by hoofing it forward, gifting it right back to Barcelona. It is a blueprint that teams across the world try to replicate.

Pressing can be defined as creating tension with the intention of getting the ball back. This is sometimes confused with pressure, which is the tension itself. Pressing is the application of the pressure with a specific intent. Every movement on the pitch creates some sort of pressure or tension somewhere on the field. Without any pressure or tension, the opponent could walk straight upfield and shoot on goal every time.

Pressure is one characteristic of the atmosphere around the ball which creates conditions in which the opponent can no longer properly control the ball and is ultimately forced to lose possession. Pressure forces an action to occur rather than allowing it to occur based on the will of the opponents. When an action is forced in a pressured atmosphere, every aspect of that action is made more difficult. An action consists of both a decision and the execution of that decision – if these two aspects can be manipulated correctly, the opponent will lose the ball.

If there is no access to the ball then the defensive team must answer the obvious question: How do we re-establish access without being exposed? There are multiple ways to do this. The most common way is to ignore the ball as a reference point and collectively move towards the space where the ball will eventually arrive. In other words, drop deeper and more centrally to protect the space near the goal and wait to force the ball backwards or wide and away – the space behind the defense and in front of the goalkeeper decreases as the ball moves forward and the defense moves backwards. Another option is to move collectively towards the ball and play with the offside rule. If prepared and timed correctly this can be an extremely valuable way to win the ball back even without access to the ball.

Preparing for the press means moving into the proper positions to be able to press according to the team’s strategy. It’s also possible to prepare the offensive team for the defensive team’s press. It’s quite common to see a defense “condition” the play of the offense in a certain way in order to move them into an area the defense is seeking to press.
Tagged : Football Gyaan