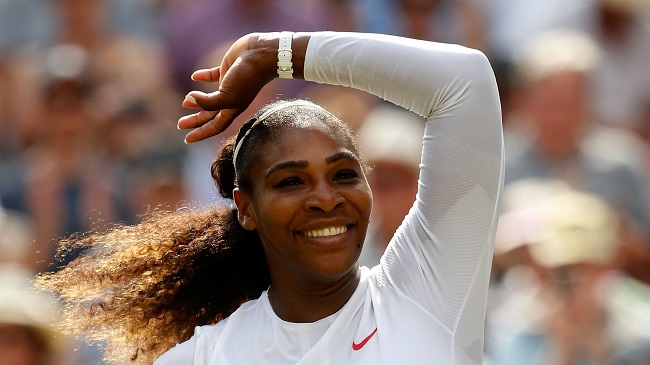 Just 10 months after giving birth to Alexis Olympia Ohanian Jr., former women’s tennis world number one Serena Williams is back with a bang. The 23-time Grand Slam winner and 7-time Wimbledon champion is now in the Wimbledon 2018 final. Yes, take a while to let that statement soak in.

She made a comeback to the Wimbledon, seeded #25 and ranked #181 in the world, making her the lowest-ranked player to reach the women’s singles final in Wimbledon history. The 36-year old ousted Julia Goerges in the semi-final and progresses to the final, where she will play Germany’s Angelique Kerber.

Serena hasn’t lost a Wimbledon match since 2014 and that is quite a record. She has only lost one set in this tournament so far but playing Kerber will be her biggest challenge of the year. The women’s tournament has turned out to be equally exciting as the men’s tournament this year.

Remember, Kerber has been pretty good in the last ten days too. The number 11 seed lost a set in her opening game of the tournament against Claire Liu. However, she came back from that deficit to win and has been flawless since then, not dropping another set. In the semi-final, she beat Jelena Ostapenko 6-3, 6-3.

The final will take place tomorrow. Before that, we have an intense semi-final round in the men’s tournament where Rafael Nadal takes on Novak Djokovic and Kevin Anderson (who knocked out Federer) takes on John Isner. Most would think that Anderson becomes a favourite after beating the favourite, but Nadal seems to be a man on a mission as well.

The Ladies Doubles and Mixed Doubles semi-finals also take place today and there is no Indian representation left in the tournament at this stage. Keep reading GutshotMagazine.com for a daily update on the remaining matches at Wimbledon 2018.