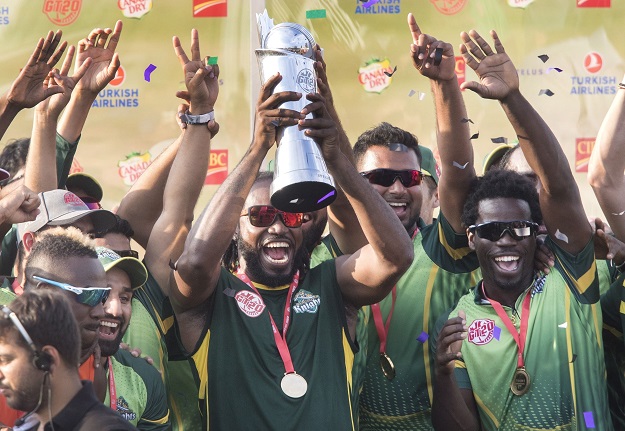 A historic tournament recently took place in Canada, which became the first ever professional T20 league in the continent of North America. It was the Global T20 Canada which kicked off on 28th June and concluded just a few days back. 5 local franchises and the West Indies B Team battled it out in this tournament.

Don’t be fooled by ‘local’ franchises. These teams had some of the biggest international stars from around the world, including leading Australian cricketers David Warner and Steven Smith; West Indian cricketers like Daren Sammy, Chris Gayle, Kieron Pollard, Dwayne Bravo; Pakistan stars like Shahid Afridi and Sohail Tanvir; and many more.

The West Indies B Team was supposed to be the weakest team in the tournament, but they proved everyone wrong and had a flawless season, led by Anthony Bramble. They reached the final and were up against the Vancouver Knights, led by the ‘Universe Boss’ Chris Gayle.

Unfortunately, the B team couldn’t bring their best game to the final, losing a bunch of early wickets batting first and getting bowled out for 145. Fabian Allen top scored with 41(23), while Sheldon Cottrell was the pick of the bowlers – 4/29. We were in for an easy chase.

However, the Knights lost a few wickets early on too, and were reduced to 22/3 within the 4th over. From there, Canadian all-rounder Saad bin Zafar and South African batsman Rassie van der Dussen steadied the ship and steered their team to victory. The Knights lifted the inaugural GT20 trophy and Saad bin Zafar was awarded the Man of the Match in the final for his 79(48)*.

Gutshot caught up with Zafar after this victory in Canada. We asked him about the experience winning this historic tournament. He said, “It felt surreal. Words can’t describe how happy we were after winning the trophy. We all wanted to win it so badly and when we achieved our goal, it made us ecstatically happy.”