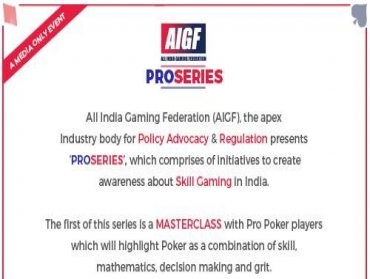 There has always been a lot of ambiguity when it comes to poker and other skill-related games in India, but many individuals and companies have been trying to constantly spread awareness about the same over the years. One such advocate of skill gaming in the country has been the All India Gaming Federation (AIGF).

Very recently, the AIGF has announced that they will be hosting an event called ‘Pro Series’ to further spread awareness about skill gaming in the country. The series will consist of events, round table conferences and other initiative to promote skill gaming, and it kicks off on 4th September 2018. 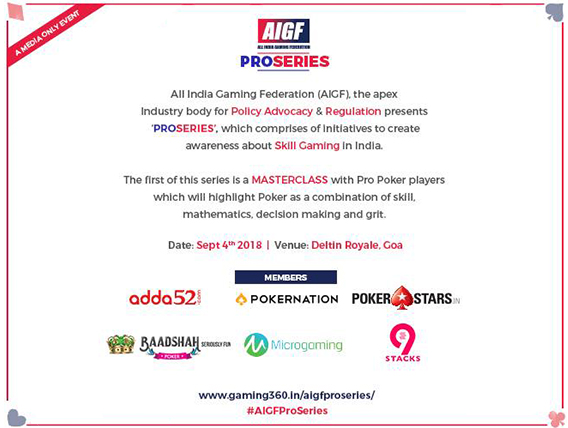 AIGF is the apex body for skill gaming policy advocacy and regulation in the country and the Pro Series will begin with the ‘Masterclass’, an event with professional poker players that will aim at highlighting poker as a game which is a combination of skill, mathematics, decision making and grit.

The skill gaming industry in India has mostly consisted of Poker, Rummy and Fantasy Sports, so we can expect events on the other two once the Masterclass comes to an end. The event will take place at the Deltin Royale in Goa and top Indian poker pros like Nikita Luther and Kunal Patni will be present to promote poker as a mind sport. 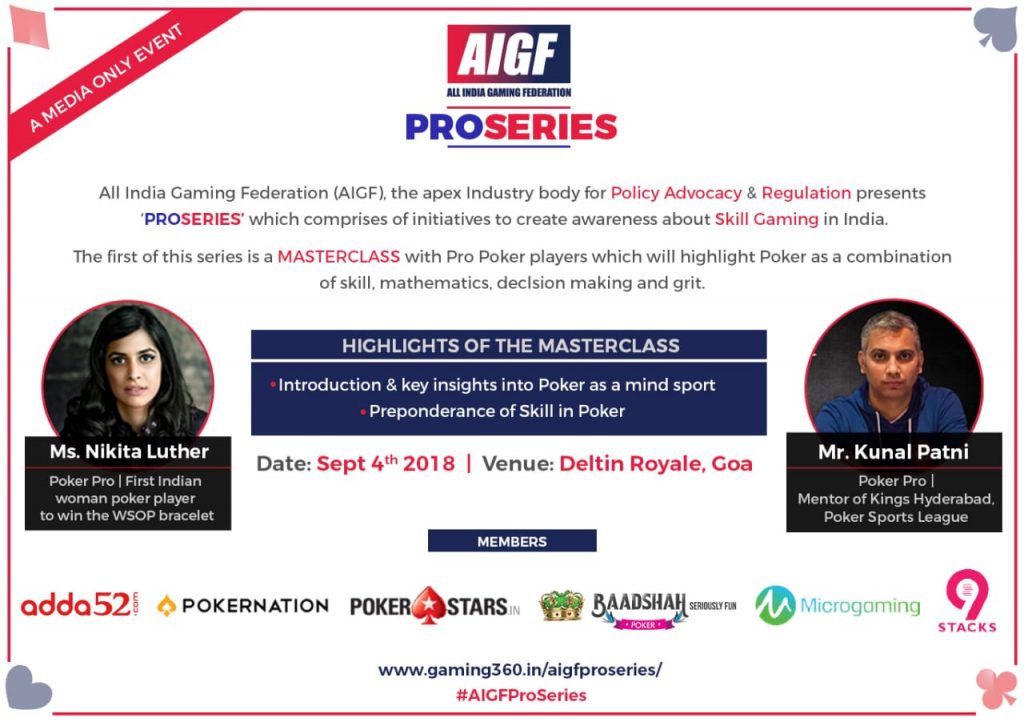 Earlier this month, AIGF also launched the Skill Games Charters that would lend structure to the Indian Gaming industry, while also protecting player interests and bringing about transparency and integrity to the Indian gaming industry. The Pro Series is now announced to further help this industry in India.

“There is still a lot of ambiguity surrounding skill gaming in India hence it is important to create awareness amongst the relevant stakeholders. The ‘Pro Series’ aims to achieve that objective wherein professional players and other domain experts will share key insights on the preponderance of skill required in these games,” said AIGF CEO, Roland Landers.