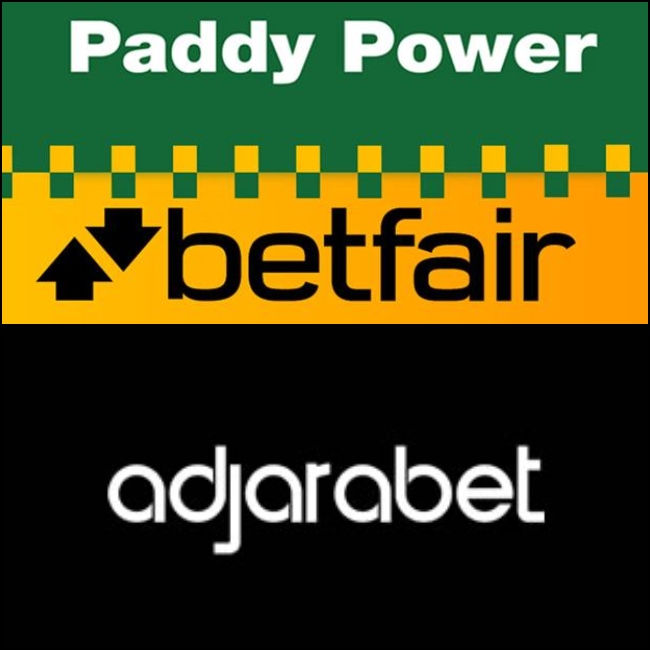 The deal was struck between PPB and Adjarabet for €101 million and the former is planning to acquire the remaining 49% stake after 3 years. Adjarabet is licensed in Georgia to offer a range of gambling products like online betting, casino, sports, poker and peer-to-peer games. Adjarabet is Georgia’s market leader with an estimated 40% of total online industry revenues.

In 2017, Adjarabet also entered the Armenian market with adjarabet.am. It was also the first company in Georgia to introduce popular sports betting feature ‘Cash Out’ and had invented a novel feature called ‘Non Stop’. In 2016, Adjarabet organized a WSOP Circuit Georgia and subsequently became official regional partner of WSOP Circuit Events.

Paddy Power Betfair, one of the market leaders in Europe, was a result of a merger between Irish company Paddy Power and UK’s Betfair on 8th September 2015. The business is a split between 52% of the ownership with Paddy Power and 48% with Betfair. This month, they announced another breakthrough, a possible merger with the worldwide gambling giant The Stars Group (TSG).

Peter Jackson, PPB’s Chief Executive commented, “This bolt-on acquisition is in line with our strategy of establishing podium positions in attractive online markets. Adjarabet’s leading brand presence and strong management team has established it as the clear number 1 in the fast-growing, regulated online Georgian market. Together with our Group’s technology and sports capabilities, we are confident that Adjarabet will be strongly positioned to continue to build on this success.”

With the Adjarabet deal in books, the Irish company has now earned “exposure to two attractive, fast-growing, regulated markets,” i.e. the online Georgian market and the nascent Armenian market. In its press release, PPB stated, “We believe that the combination of the market-leading brand and local operational expertise with Paddy Power Betfair’s technology and leading sports capabilities positions Adjarabet very well to capitalise on this opportunity.”

Keep reading GutshotMagazine.com for more such worldwide industry updates as well as for general gambling/gaming news.