PUBG Corp. in talks with Airtel to get distribution rights

Until a few weeks ago, every street in your locality must have had atleast a handful of teens peering into their mobile phones and screaming ‘Grenade out!’ on top of their voices. ‘Winner Winner Chicken Dinner’ became a phrase we heard almost everyday, but today the scenario has changed.

PUBG and 118 other Chinese apps were banned across India in the first week of September. As the distribution of the game stopped in India, it was said that Reliance industries was going to launch the game in India again, but the deal related to distribution had slowed. The recent update on the same is that PUBG Corporation is in talks with telecom company Airtel to distribute PUBG Mobile in India.

An anonymous source told, “PUBG is in conversation with Airtel for handing over distribution rights to the telecom giant. This desperation shows that PUBG has been trying hard to get back into the Indian market. The gaming platform is also busy in raising a lean team in India. It has been interviewing candidates with experience of under 4 to 6 years.”

A report by The Entrackr noted that since the ban of the game, PUBG Mobile downloads declined 26% globally in the month of September, according to Sensor Tower Data. The government had decided to crackdown on Chinese-linked applications following the Galwan Valley clashes in June when 20 Indian soldiers were killed. The government had clarified that the decision to ban the applications was only to safeguard the interests of Indian users and to ensure safety and security of the Indian cyberspace.

If you are one among those who loved to play PUBG, here’s a list of five other games that are equally interesting for you to try your hand at! To know more about the distribution of the game in India, keep reading GutshotMagazine.com

1] Entrackr: Entrackr is a media platform for entrepreneurs, startups and technology enthusiasts that covers information related to technology startups and breaking developments around them with analysis and insights on a daily basis. 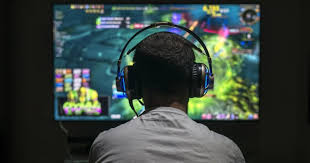 3 of the best online games that you must try!