USA's Justin Bonomo is one of the most popular high roller poker players in the world, with over a decade of live poker experience and multiple 7-digit cashes in live poker tournaments over the years. Yesterday, he was in the news for a massive win in the HKD 2 million buy-in Super High Roller Bowl, which boasted of a guaranteed prizepool of HKD 100 million!

After 3 days of battling at the Babylon Casino, Macau, Bonomo was crowned champion on 22nd March, beating a field of 75 entries and shipping the event for a whopping HKD 37,830,000 ($4,820,299). Already being one of the best in the world, Bonomo took a leap from #14 to #6 on the live tournament poker all-time money list! 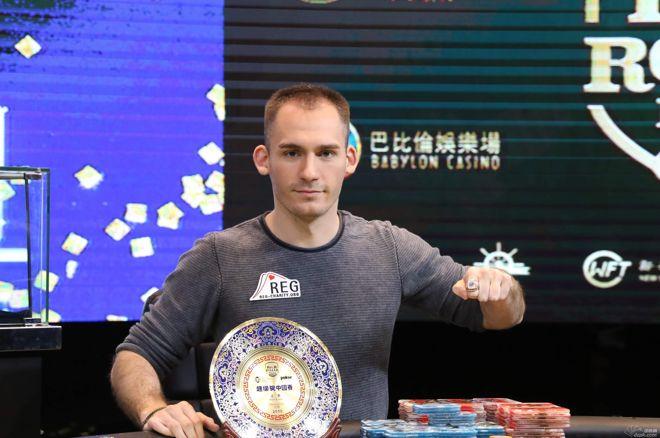 The Super High Roller Bowl is an annual high-stakes event that takes place at the Aria Resort and Casino in Las Vegas, and this was the first edition of the SHRB China, putting Bonomo down in the record books. The Vegas winners include Brian Rast (2015), Rainer Kempe (2016) and Christoph Vogelsang (2017).

You had to be one of the best to play in this event and the big poker names on the final table prove that point. Final results (in USD):

Previous SHRB champion Rainer Kempe was right up there, finishing at third place and recording another 7-digit live cash. UK's Stephen Chidwick earned over a million dollars, continuing his hot streak after multiple wins at the US Poker Open earlier this year. Finland's Patrik Antonius also did well to make such a deep run, after recent successes in the MILLIONS Germany, and then at the APPT. He ultimately lost to Bonomo in heads up.

This win of over $4 million turned out to be Bonomo's career best and also the highest tournament win by a poker player in 2018, which may now only be broken at the 2018 Super High Roller Bowl at the end of May. The final hand saw Antonius complete a straight on the river, but it wasn't good enough for Bonomo's flopped flush!

Keep watching GutshotMagazine.com for continuous updates on tournament wins from around the world!