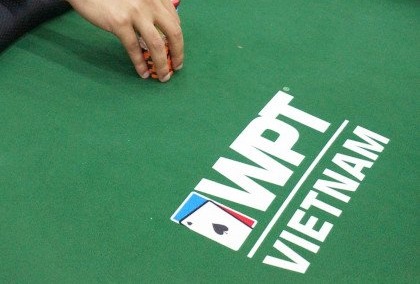 The Asian poker circuit currently has its eyes on the World Poker Tour DeepStacks (WPTDS) current series in Ho Chi Minh, Vietnam. It has been three days since the action began and the most popular tournament at the moment is the VND 10 Million Kickoff Event, where quite a few Indian players are in contention.

Alok Birewar and Praveen Dwarkanath were among the 9 players who bagged their chips on Day 1A, while Pavan Jain was the sole Indian in 15 survivors in the second starting flight, Day 1B. However, Day 1C was the best of the lot for Team India, with 4 Indians among 34 survivors from this flight.

Leading these 34 is Singapore’s Norbert Koh with a massive stack of 429k, but our very own Romit Advani is close behind him with the second biggest stack of the day – 390k. The other three Indians who got hold of a bag when play ended were Madhav Gupta (185k), Shashank Jain (167k) and Eka Vedantham (126k).

A total of 58 players are now in contention on Day 2, with one Turbo starting flight still remaining – Day 1D. The third starting flight was the biggest one so far, recording a total of 271 entries. India’s Romit Advani will be heading to Day 2 with an advantage, considering that he is among the top 5 largest stacks overall.

Advani has some live poker experience in countries like Philippines, USA, and Vietnam as well, finishing 16th in the WPT Vietnam Main Event last year, here at the Pro Poker Club itself. Now, he will be looking to better that run and add to his existing live poker earnings of $77k.

GutshotMagazine.com will be following the progress of these Indian players in Vietnam and you can stay tuned for all latest updates.