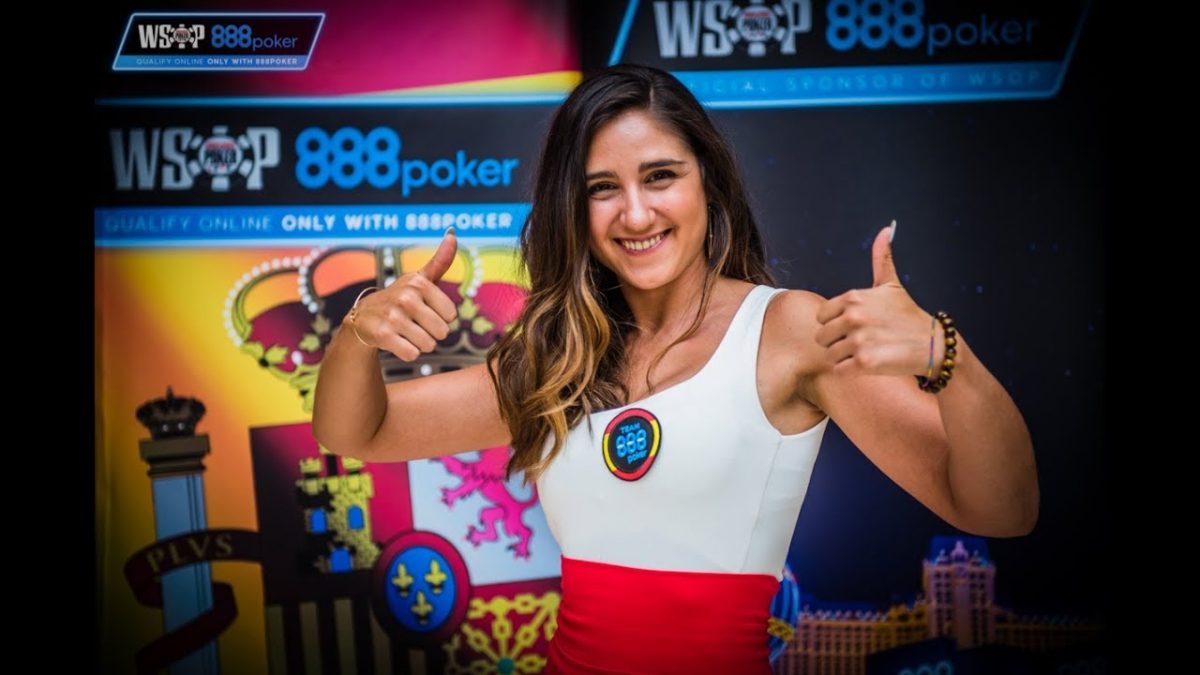 888poker has been consistently growing its online poker offerings in the past several years, but it has also been increasing its exposure, its connections to poker players and fans. With everything from more online poker series to 888Live events and from its social media interactions to an expanded online magazine, the operator has been reaching out. As a part of that long-term strategy to build relationships, 888poker continues enhancing its roster of ambassadors. It is not only a stable of pros with varying levels of experience and bankrolls in the games, it is a variety of men and women who represent different parts of the world.

The latest addition to the 888poker team is Ana Marquez of Spain, another woman and a native of one of the key countries in the European online poker liquidity project involving Spain, Italy, Portugal, and France. The former Team PokerStars Pro was officially welcomed to the 888poker team last week during the World Series of Poker. When Marquez started playing poker professionally in 2009, she quickly rose to prominence online and live, the latter due to a deep run that resulted in a 10th place finish at the 2011 PokerStars Caribbean Adventure Main Event for $155K. Her biggest win, however, was in 2013 at the Hollywood Poker Open for more than $320K.

She spent some time as a member of Team PokerStars Pro and dated a relatively well-known pro – Bryn Kenney – while traveling the world to play live while also fulfilling her contract to play online. But the exhausting schedule finally prompted her to slow down in 2014 and 2015. Marquez considered various life and career options but ultimately decided to stick with poker. The changes to her poker life, however, included more balance, more spirituality and exercise, and a variety of friends in and out of the poker world.

That focus has paid off for Marquez, evident in her increased number of tournament cashes in 2016 and 2017. But it was this year that she won her latest event, a high-roller tournament at the 888poker LIVE series in Bucharest. And she just most recently made a final table at the 2018 WSOP, finishing in sixth place in the $3K NLHE 6-Handed event. The excitement that Marquez feels for poker again is evident in her performances on the felt and now with the 888poker partnership. Her joy about being in the 888poker “family” has been evident since she her ambassador position was announced.

The biggest announcements of 2018 thus far were the sponsorships of Martin Jacobson, Vivian Saliba, Parker Talbot, and now Ana Marquez. And the most recognizable face of 888poker in the past year or two has been Kara Scott, who is now on maternity leave. Her interviews, news videos, and promotion of 888poker events are a highlight of the site’s off-the-felt offerings to keep players and fans informed as well as entertained. Marquez now joins Scott, Saliba, Sofia Lovgren, and Natalie Hof as the women of 888poker. The operator has been able to combine varying skill levels, regional representation, and personalities to create this group of five impressive women.