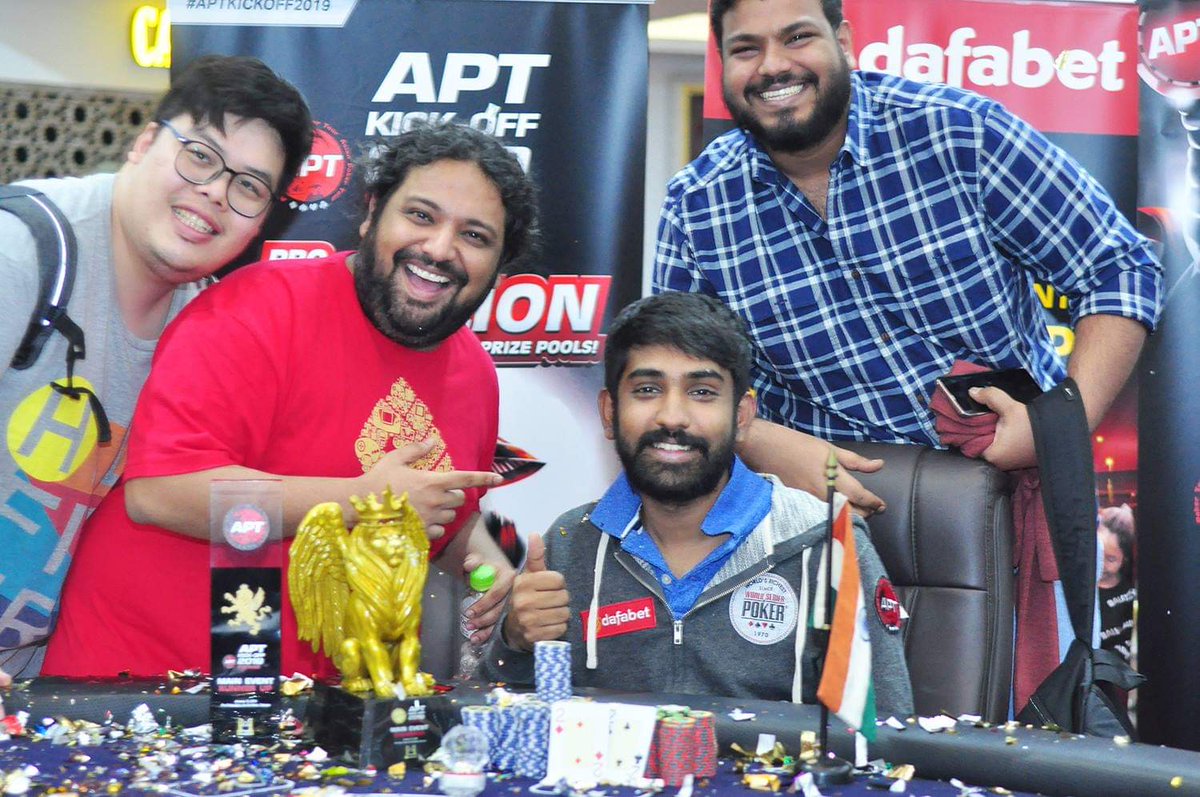 It was just a few hours back that we reported news of Abhinav Iyer doing well on Day 3 of the APT Kickoff Vietnam 2019 Main Event. He finished as the chip leader among eight survivors seated on the Final Table of this prestigious Asian Poker Tour event. Day 4 kicked off earlier today and his dominance continued on the FT, eventually bagging the title as well.

This was APT’s first live stop of the year and Abhinav Iyer will be extremely pleased with the way he has begun his year. He entered the final day with more than double the stack of his nearest competitor, China’s Mai Te. The FT was being streamed live on APT’s Twitch and YouTube channels, and it was just a few hours before the event wrapped up, with eliminations taking place rapidly.

Iyer managed to sustain his lead right through the FT, and even built on that lead, holding 70% of total chips in 3-way play against Te Mai and Japan’s Daiki Horikawa. Everything seem to be hitting for Iyer on the day, as he eliminated Te Mai in 3rd place for a prize of VND 1.05 billion. Iyer then entered heads-up with 84% of the tournament chips in play. 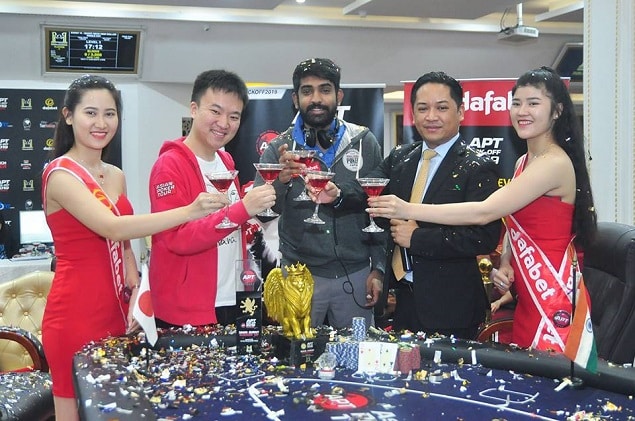 From here, it was only a matter of time before Iyer took home all glory in Ho Chin Minh, Vietnam. He walked away with the biggest win of his live career by a long, long, long way. Taking home a fat pay-check of VND 2.269 billion (~INR 69.52 Lakh), Iyer will be a very delighted poker player today, beating his previous best of INR 10.9 Lakh he scored for finishing 4th in a DPT Colossus tournament last year.

The blinds were as high as 50k-100k in heads-up, to go with the 100k BB Ante, and Horikawa would have to play out of his skin in order to stay in contention. However, it wasn’t the case as Iyer wrapped up proceedings not too long after heads-up began. Horikawa had to settle for the runner-up prize of VND 1.51 billion. 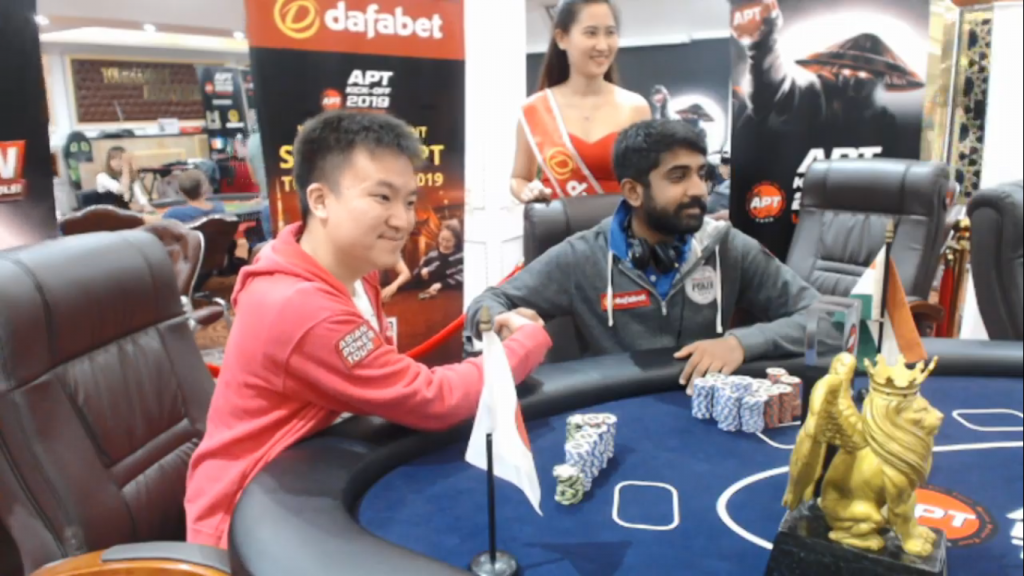 In the final hand, Iyer shoved all-in pre-flop with pocket Deuces (2s2c) after both players posted the blinds. His opponent made the call with QJs, with the latter hitting a pair of Queens on the flop. However, Iyer had a number of outs, with three clubs opening on the flop, giving him a flush draw too. However, he didn’t need a flush as 2h opened on the turn, completing his set and the 8s on the river was inconsequential for Horikawa.

Talking about his first major international win, Iyer said, “It feels great. It feels like an achievement. I’ve been putting focus into live tournaments for the last year and a half. I think this win has been coming. I’ve had a few deep runs in the last year where things didn’t go my way then the last couple of months I came close so It feels good and ecstatic to close out this tournament. I ran really good.”

Plenty of tournaments are still lined up for the APT Kickoff Vietnam 2019, including Event 8: High Rollers 1, where Dhaval Mudgal and Maddy Gupta have reached the 9-handed Final Table. Keep reading GutshotMagazine.com for all updates on the series at the Pro Poker Club.