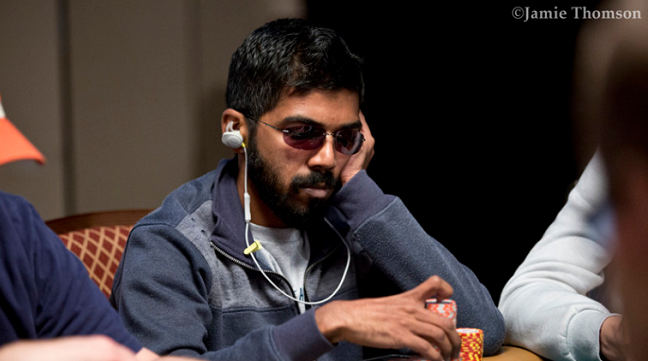 Aditya Sushant finishes 11th in Little One for One Drop

Top Indian poker pro Aditya Sushant made a late entry to the World Series of Poker this year, but he made an impact immediately. After registering to the Tag Team Event with Nipun Java and failing to defend his title there, it was all good times for Sushant, cashing out in three tournaments since then.

He began with an impressive 9th place finish in the WSOP Online tournament for around $20k followed by a smaller cash in a $1,500 NLHE Event and then had another brilliant run, finishing 11th in Event #68: $1,000 + 111 The Little One for One Drop No-Limit Hold’em.

With a massive field of 4,732 entries registering to the tournament, Sushant was among the top chip counts for a major part of the tournament, in search of his second gold bracelet. Ultimately, his K-J faced off against Richard Douglas’ pocket Queens. Sushant hit a Jack on the flop but couldn’t improvise on that, busting in 11th position and taking home a handsome prize of $37,530 (~INR 25.66 lakh). His career live poker earnings have now crossed half a million dollars.

The tournament continued on Day 4 and eventually, it was China’s Guoliang Wei and French player François Tosques who battled it out for the top prize. The two heads-up players were dead even in terms of chips when Chris Staats, the last American player in the tournament, was eliminated in third place. Both players were winning hands, but Wei was gradually building on his lead, on the way to his maiden WSOP bracelet. 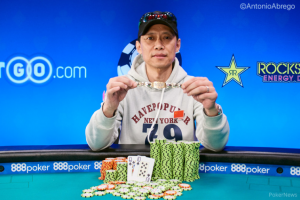 We witnessed the most incredible hand to end this tournament. Tosques held Jc-Jd, while Wei held Qs-10s. The flop opened Js-9s-2d, giving Tosques a set of Jacks and Wei a straight draw. A Qh opened on the turn and a Ks opened on the river, to give Wei a remarkable straight flush to win the Little One for One Drop Event, for $559,332.

Keep reading GutshotMagazine.com for more details on major poker tournaments from around the world.