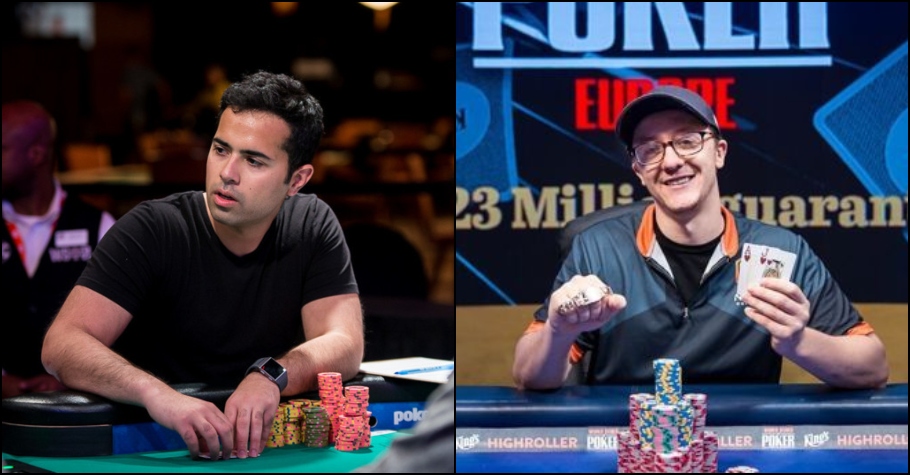 The $25 Million GTD Main Event is dominating the action in the 2020 World Series of Poker (WSOP) Online. So far 12 starting flights have concluded on GGNetwork. Apart from that, Event #72 crowned the champion in the United States’ Ajay ‘Ross_Geller’ Chabra. The champion claimed his first-ever WSOP bracelet and WSOP Europe package along with $77,475 in prize money.

The WSOP Event #72: $1,500 Limit Hold’em Championship attracted 337 entries, creating a prize pool of $480,225. Ajay ‘Ross_Geller’ Chabra knocked out Carter Swidler in heads-up to come out victoriously. The winner has cashed 11 times in the ongoing WSOP series. In Event #10, he finished 9th for $40,529. According to Hendon Mob, Chabra has over $1.3 million in live earnings including his career-best $350,000 in WPT Five Diamond World Poker for finishing 5th.

The top 47 players earned a min-cash of $3,312 including Luke Schwartz, Connor Drinan, Alek Stasiak, Georgios Sotiropoulos, Joseph Cheong, Anson Tsang and so on.

The first casualty form the final table was Shannon Shorr who went out in the 9th place for $7,595. Rich Dixon, Kevin Lu, Dzmitry Yasiukevich, Mike Watson, kosei Ichinose all exited one after another. Russia’s Apti Dzhabrailov bowed out in the 3rd place giving way to heads-up between Canada’s Swidler and Chabra. 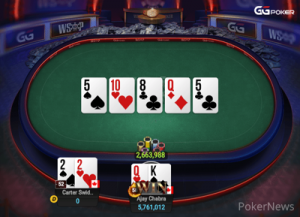 Swidler raised from the button and Chabra three-bet. Swidler four-bet for Chabra called. The flop came

Swidler shoved for 531,994 which Chabra called.

Swidler held a pair of deuces while Chabra had king-high. The turn

, Chabra had pair of queens and river

completed the board for Chabra to claim his first bracelet, the WSOP Europe package, and $77,475. Swidler finished as the runner-up for $65,737.

The next flight saw only eight players progress out of a field of 88 with Kahle Burns bagging by far the biggest stack. The Australian player has over $10 million in lifetime cashes and is well-known for his High Roller game. Burns is also ranked #18 on the GPI list.