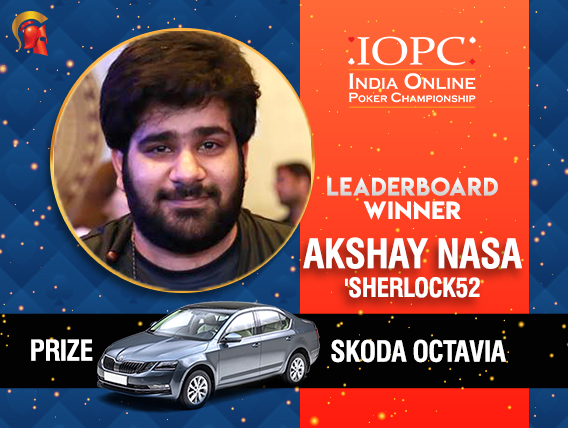 The coveted India Online Poker Championship (IOPC) got over yesterday. The last day of the series witnessed the biggest 1st prize win ever in the history of online poker in India on The Spartan Poker. The Main Event was won by Ashish Munot for an awesome INR 37.5 Lakhs.

Along with all the action-packed tournaments lined-up in this edition’s IOPC, there was also the IOPC Leaderboard which had a brand-new Skoda Octavia up for grabs for the topper and it will come as no surprise to know Akshay Nasa aka ‘sherlock52’ has topped the leaderboard and bagged his well-deserved Skoda with 5,203 points.

The IOPC leaderboard took into account all the 55 events featured under the IOPC umbrella on Spartan. A leaderboard is a true test of how a player is skilfully, since it reduces the luck factors and other such randomness from the equation. Nasa, a well-known player in the circuit having plenty of cashes to his name, proved his mettle already by topping many leaderboards, the most recent one being the PPL Autumn Leaderboard.

Nasa attended the 2019 APT Vietnam Kickoff so kudos to him to play in the IOPC from there and still top the IOPC leaderboard. He will return to a brand new Skoda Octavia which was well deserved. This stunning prize was the most coveted one on the IOPC Leaderboard, where a total of INR 30+ Lakhs was promised to be given away.

The 2nd place on the leaderboard was filled by Vaibhav Sharma aka ‘alienrobot’ and he earned INR 3.5 Lakhs for it. Rounding up top 3 was IOPC’s last event winner Sanchit Adukia aka ‘gareeeeb’ who earned INR 2.3 Lakhs. Next two positions were filled by PokerGuru Staking members (formerly AceJack Stable) Kartik Ved aka ‘TheInternetKid’ (4th) and Ashish Munot aka ‘Donkey 07’ (5th) for INR 1.5 Lakhs and INR 1 Lakh respectively.

The 8th place winner ‘bigphish’ made two wins in the IOPC, winning his second on the IOPC Day 10. IOPC DareDevil winner Akash Gupta aka ‘Akash0510’ also made a feature in the leaderboard at 6th earning INR 75k. Next after Gupta was ‘GTOsucks’ at 7th winning INR 65k. Amit Ajwani aka ‘kasuf’ and ‘mmonas’ came 9th and 10th for INR 45k and INR 35k respectively. Ajwani won an event on IOPC Day 4.

Keep reading GutshotMagazine.com for more tournament results, updates and other general news from around the world. 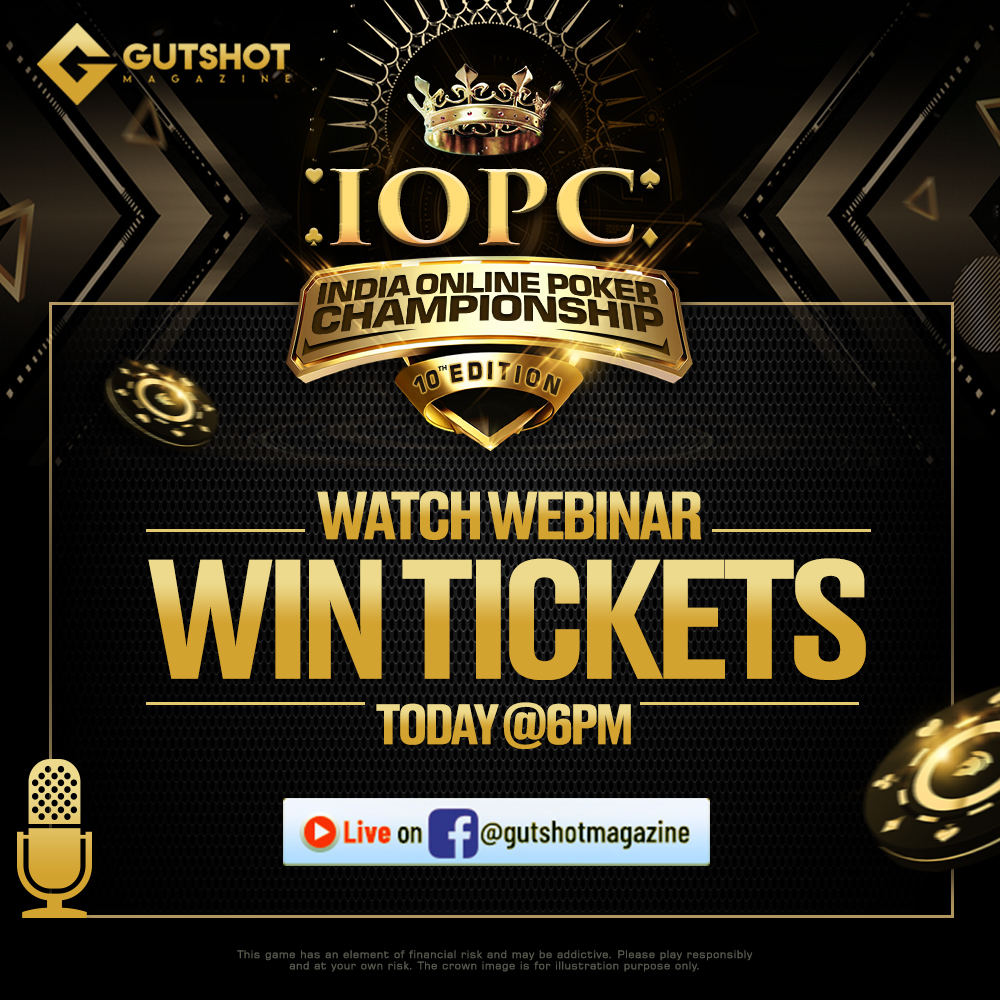