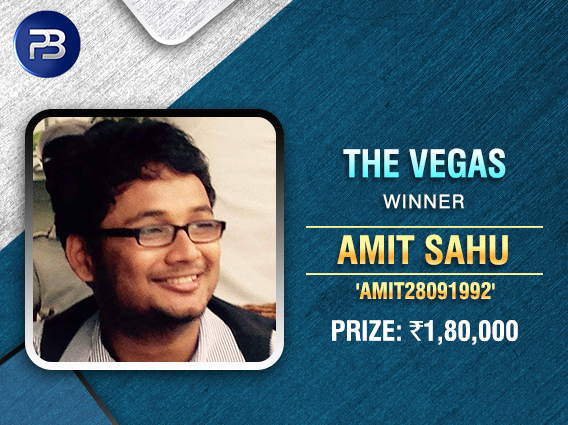 The Vegas INR 10 Lakhs GTD is among the popular feature tournaments hosted on daily PokerBaazi. The platform has hosted a lot of all-stakes tournaments and series in the past and is one of the leaders of the Indian poker industry. Their Baazi Rewards Program has also become quite popular among the poker masses of the country.

With last night’s Vegas win, the champion Sahu has added another feather in his cap with this win on PokerBaazi. He is not an unknown player and has previous online cashes. This win is one of his better ones, having taken home nearly INR 2 Lakhs in prize money. The earnings will surely add a beneficial amount to his bankroll and prepare for the exciting and action-packed 2019, with January itself to see some of the most anticipated events like Spartan’s IOPC and The Game Changer on PokerBaazi in February.

Keep reading GutshotMagazine.com for more tournament updates, announcements and general poker news from around the world.