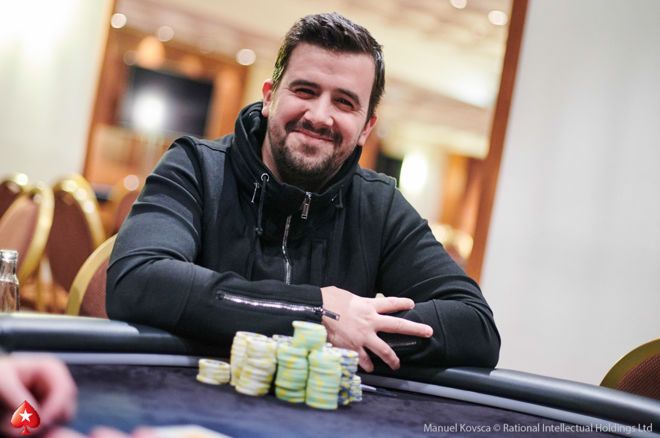 PokerStars Live is currently hosting the 2018 European Poker Tour (EPT) Prague festival at the Casino Atrium in the capital city of Prague, Czech Republic. The festival began on 7th December and will conclude on 18th. The 12-day series is studded with action-packed tournaments. Some of the featured tournaments are EPT National, EPT Super High Roller, EPT Main Event, EPT High Roller, etc.

The chip leader to enter Day 2 is Hungary’s Andras Nemeth (pictured above), putting his 1,817,000 chips into the bag. Nemeth entered the scene at level 3 of the day and doubled up with his pocket Tens against Austria’s Martin Winkler, who had Ace-king. Nemeth doubled up once again later in the game when the raise-war escalated on the flop and Nemeth was forced to shove it in against the 2nd in Iranian All-Time Money List Ahadpur Khangah, holding a straight till the river.

In the last level for the day, Nemeth sealed his position as the chip leader when he won a big pot against Elias Talvitie and when he eliminated Orpen Kisacikoglu in the last hand of the night. He flopped a flush draw against the two-pair of Kisacikoglu but hit a runner-runner straight and shoved his opponent out of the game.

Nemeth is a well-known European poker pro, having cashed out a lot in previous high-stakes international tournaments. His first recorded live win was at the 2009 Austrian Classics in Vienna, where he shipped the €1,600 NLHE for €49,600. Since then, he has gone to earn a lot of big monies at many prestigious tournaments in Europe as well as at the World Series of Poker (WSOP). His biggest live win though, was just 4 months ago in his home continent, at the EPT Barcelona €25,000 NLHE, cashing out a colossal €605,600 (~INR 4.95 Crores) for finishing 1st. 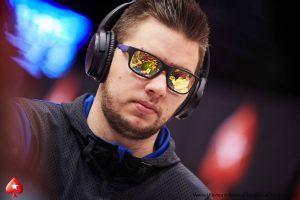 Second in chip counts after Nemeth is Vietnam’s Tuan Tran. He started in a bad form early on, but his cheerfulness and overall sportsmanship helped him earn the second position, bagging 877,000 chips at the end of the day.

Austrian player Matthias Eibinger (pictured above) rounded up top 3 in chip counts with 818,000 chips. Britain’s Sam Grafton bagged his 545,000 chips to finish as the only above average player in terms of chip counts. Canada’s Daniel Dvoress has the lowest stack among the 14. Other players to qualify include Stefan Schillhabel, Juha Helppi, Luc Greenwood, Steve O’Dwyer, Sam Greenwood, Liang Xu, Michael Addamo and the defending champion Timothy Adams.