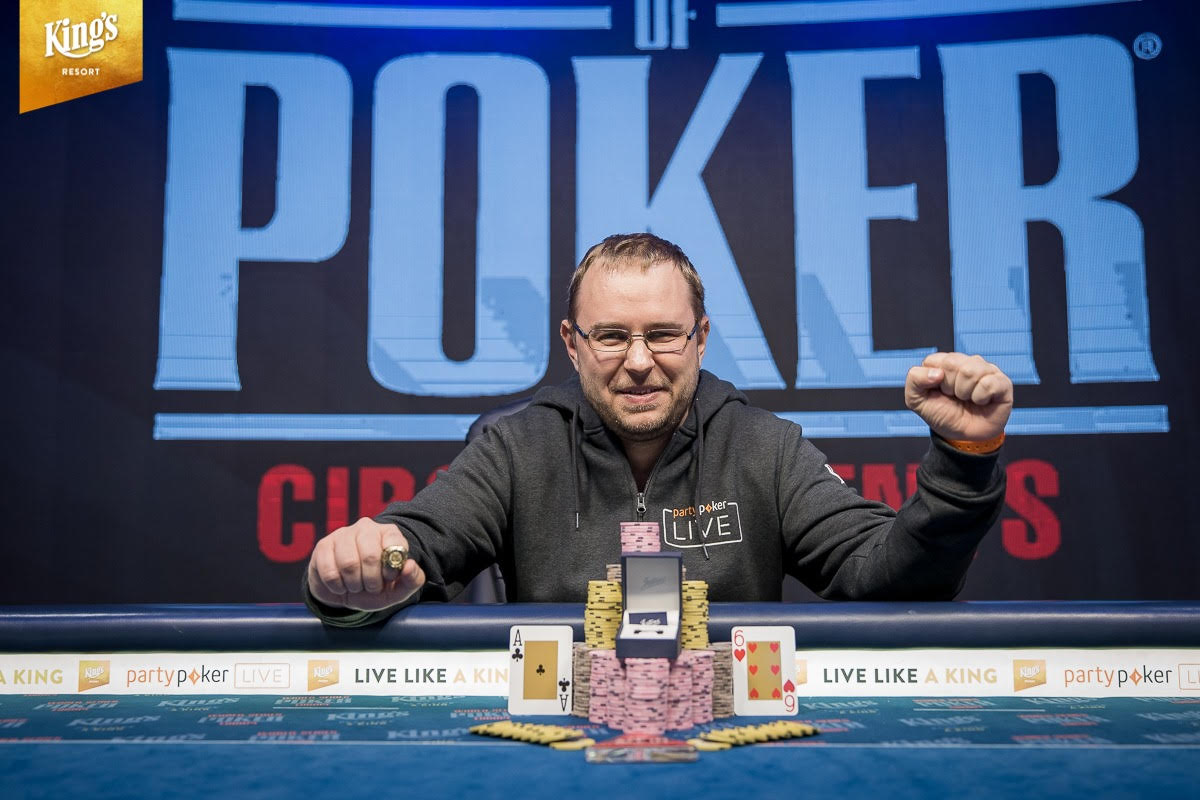 The popularity of the autumn edition registered a massive number of 3,302 players who went into the battle for the lion’s share of €705,802 prize pool. Eventually, the top 394 players received a minimum paycheck of €500. The €110,500 bonus and the €10k WSOPE Main Event ticket were claimed by Belarus’ Andrei Makavets walking away with his biggest live victory so far.

Halfway through the event, Day 2 chip leader Pierre Neuville fell in 19th place and about nine hours of intense action later, only two players remained, with Makavets against Peter Ralbovsky in heads-up. The Belarusian held Ac 6h against his opponent’s Kd Jd.

With flop 7c 5h 4h, Andrei put his entire stack in the middle while Ralbovsky called. Both players were in anticipation of certain cards but turn and river brought Td 9d and it made no change for the Slovak and Ace-High handed Makavets the title.

After the final table, the most awaited series is the WSOP Europe in 2019 which will include the €10,000 buy-in Main Event, featuring a €5 million guarantee, that has two starting flights on October 25th and 26th. For latest updates on poker news around the world keep reading GutshotMagazine.com and stay tuned!