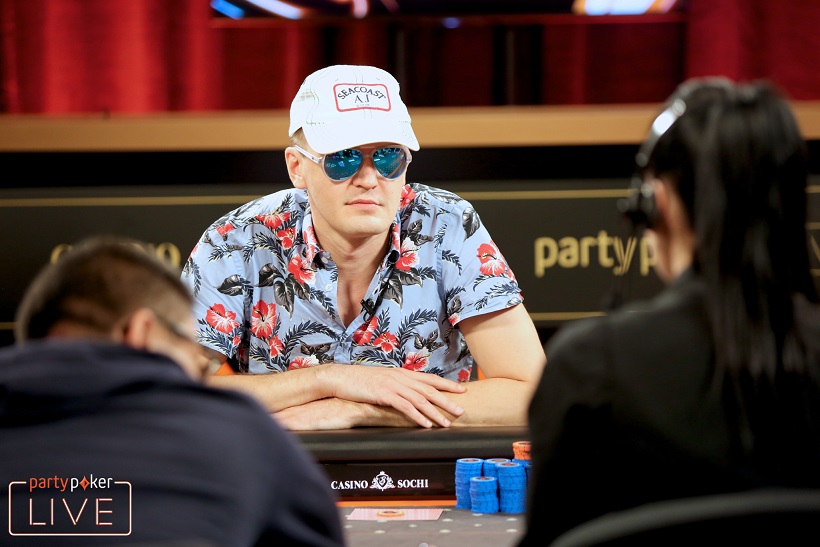 It has been five days of poker action at the partypoker Live MILLIONS Russia Main Event, including two days of starting flights, with close to a thousand entries registering to this tournament in Casino Sochi. At the end of the official Day 4 of the tournament, we are yet to have a winner, with 11 players still in contention.

The final 11 survivors include Viktor Khodorenko from Belarus and Chin Wei Lim from Malaysia, while the other 9 are all local Russian players. In the chip lead at the moment is Andrey Malyshev, a poker player with no previous titles and just around $70k in previous live cashes.

However, Malyshev will have his eyes set on the top prize of RUB 60,000,000 (~$886,200), as will the rest of the players. Day 5 is set to begin any time soon and this should be the final day of play at the partypoker LIVE MILLIONS Russia. Could Malyshev kick on the advantage and take down the title?

Second in the chip lead is Viktor Khodorenko from Belarus and he will pose the biggest threat to Malyshev, with around 127 million in chips. Another highly experienced player at the table is partypoker ambassador Anatoly Filatov, who has around 65 million in chips and has career live winnings of over $2 million on his poker resume.

Keep reading GutshotMagazine.com for an update on who wins the 2018 partypoker LIVE MILLIONS Russia Main Event.