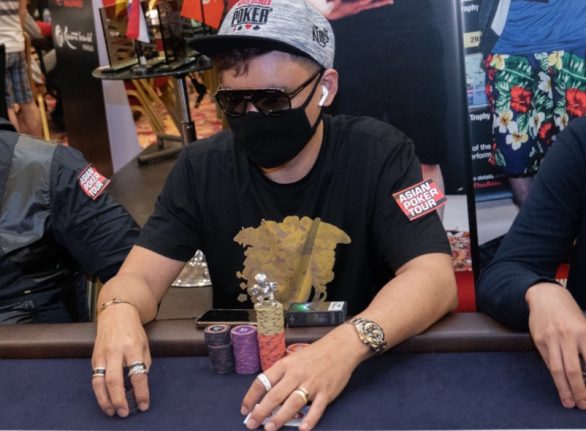 The Asian Poker Tour (APT) Finale is on-going at the Resorts World Manila in Philippines. The festival is reverberating with the Main Event gameplay, which drew 95 entries on its first starting flight held on Nov 28. India’s Aditya Sushant emerged with an above average chip count and will be looking to play today.

Yesterday’s Main Event Day 1B drew a total of 169 entries, and adding the runners from the first day, the guarantee of PHP 10 Million GTD (~INR 1.33 Crores) was more than crushed. Singapore’s Ang Boon Seng bagged his 158,900 chips to earn the position of the chip leader entering Main Event Day 2 today. A total of 103 players survived the day. Seng had his first recorded live experience in Jan 2018 at the APT Kick-off Event in Vietnam, where he finished 47th, cashing out a miniscule amount. But with his chip lead in this one, bagging the main title of the APT Finale isn’t a distant dream and will give a much needed boost to his career as well as his bankroll.

Seng already had gradually developed his stack to a big one. After eliminating the Russian WPT Korea Main Event winner Valeriy Pak Seng grew even bigger in chip count. Seng flopped a queen high full house with his Qh 10d but carefully trapping his opponent till the turn of 2d and that’s when Pak three-betted and shoved his stack and fell in the trap. Seng snap-called. The river came to 6c and Pak had nothing left.

The second person in chip lead yesterday is Japan’s Takao Shimizu with 114,800 chips, who also came 2nd in the WPT Vietnam Main Event in September this year, taking a wholesome prize of $73,210. Rounding up top 3 was Anton Del Rosario with 96,800 chips. 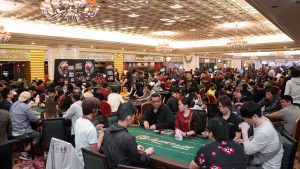 Keep reading GutshotMagazine.com for more APT Main Event updates and other poker updates from around the world.