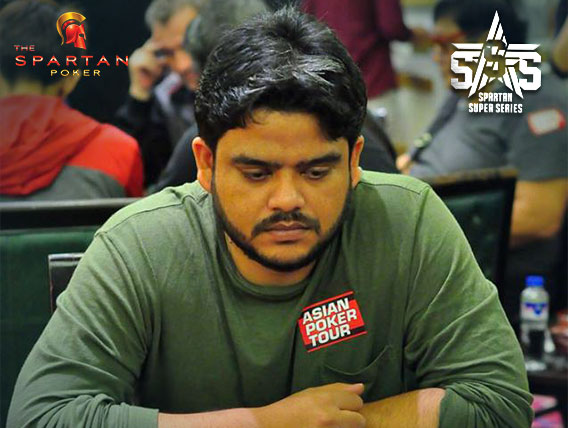 Everyone was excited for the start of the Spartan Super Series (SSS), an online tournament series hosted by The Spartan Poker, with over INR 4 crore in guaranteed prize pools. The tournament is scheduled to take place between 11-17 June 2018 and Indian poker player Ankush Aryan stole the show on Day 1 of June’s SSS.

He won the first event of the day and of the series itself, and then went on to finish as runners up in the last event of Day 1, which would’ve considerably boosted his poker bankroll. Not just did he walk away with big winnings, but he has also landed a top spot on the SSS Leaderboard. Here’s a complete roundup of SSS Day 1:

Ankush Aryan aka ‘invinciblewolf’ was victorious in the opening event of June’s Spartan Super Series. The INR 550 buy-in tournament saw a total of 810 entries which beat the guarantee and a total of 63 players were paid out a minimum cash prize of INR 1,762. Aryan beat ‘khaddaji’ in heads up of this event, when his Aces and Jacks pairs turned out to be superior than his opponent’s pair of Jacks, in Level #50 of the tournament. He picked up INR 78,368 for this win.

The second event was another INR 550 buy-in tournament that attracted 571 entries and paid out the top 23 players a minimum cash prize of INR 3,312. Eventually, it was ‘Halluci’ who emerged victorious in Level #41 of the tournament, after beating ‘FadeOrHolz’ in heads up. He had a 2:1 lead coming into the final hand and his Jc Jh gave him a full house when the board opened Ad-6c-2d-6s-6h, and he took away INR 66,379 for first place.

This was the highlight event of the day and the INR 5,500 buy-in tournament’s guarantee was crushed, creating a new prize pool of nearly INR 10 lakh. Out of the 198 registered entries, 27 places were paid out a minimum of INR 9,900, while the top prize of INR 2,19,285 went to ‘GTOExploited’, who beat ‘TheInternetKid’ in heads up and gained valuable points to the SSS Leaderboard as well.

This was the final SSS event of the day and the first Omaha event. After shipping the first event of the day, Aryan made yet another deep run, finishing second for INR 1,09,883, with his A-high flush losing to his opponent’s four of a kind Kings. ‘D.Trump04’ was victorious in this tournament and he gained INR 1,62,803 for this win.

Gutshot had a word with Aryan asking him about his good run on SS Day 1 and topping the leaderboard as well. He said, “I took a break from poker for a while and wasn’t planning to grind actually. However, I was railing my brother in Sunday Super Stack FT last night so slept late and had to miss my office. So, decided to play SSS #1 and somehow, I shipped it. Again, I came around 15th in SSS #3. I was on two minds whether to play Omaha (SSS #5) or not as I have played just 5 Omaha games in all though I have FT’d all of them and shipped once. My brother told me to try so I did register. However, while entering the final table I was the short stack. HU with 6x chip was difficult but I kept my cool and almost equalled his stack. Finally, hard luck with A high flush and 4oK.”

When asked about his game in general, he said, “I keep on changing my playing style to avoid any pattern building, which could give advantage to players in my table. I don’t have any set formula for betting. I keep on telling myself that you have to be so u predictable that you yourself don’t know what your next step will be in any particular hand till you actually do it. But, I am still trying to improve my game.” 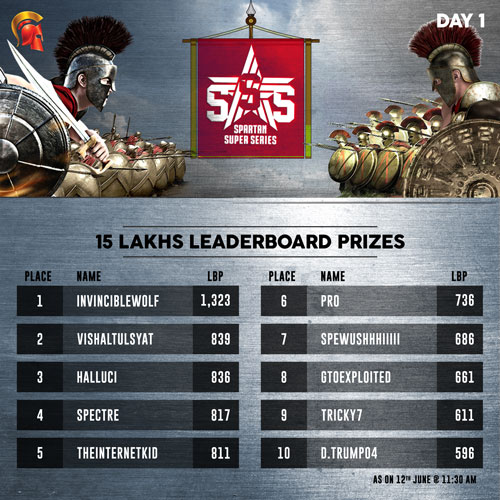 Keep reading GutshotMagazine.com for a daily update on the Spartan Super Series.