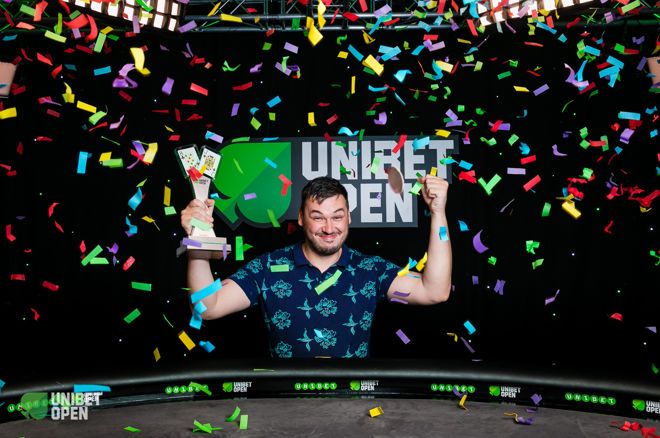 We’ve been following the 2018 Unibet Open Bucharest Main Event, which kicked off on 2nd August. Yesterday, we reported news of Russian poker player, Anton Vinokurov, leading the final 17 in this tournament, which had a buy-in of €1,100 and a total field of 592 entries registering across the three days of starting flights.

He then went on to keep the lead and eventually ship the title, beating the large field and taking home a career-best prize of €103,060 (~$120,347) for first place. The player has been playing in live poker tournaments since 2016 and this was his first tournament title, having less than $40k in live winnings prior to this victory.

He enjoyed the chip lead position from start to end of the final day and was the only non-Romanian player among the final five. Cosmin Cimpeanu finished in second, also bagging a career-best prize of €64,050 (~$74,793), while back-to-back Unibet Open Bucharest Ladies Event champion, Carmen Zainescu, finished in third place.

“I was playing good. Some of the other players were playing good, and some were not playing good. I believed when I started play today as the chip leader that I must make it to the final table and finish in the top three. Then when there were five players left, I knew I would win. I felt no other players could beat me,” he said after completing this maiden victory.

This was the third successful Unibet Open stop of the year, after previous events at London and Malta. Keep reading GutshotMagazine.com for updates on similar major poker tournaments from around the world.