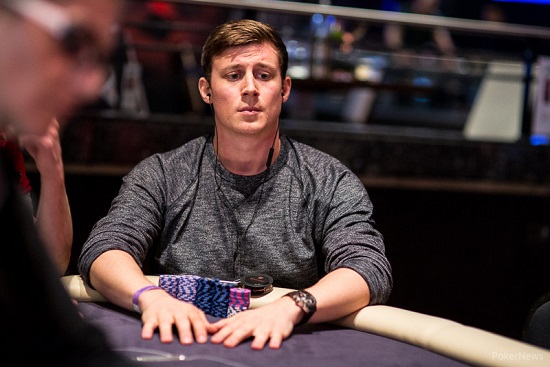 Just a couple of weeks ago, it was announced that Scotland’s poker pro Niall ‘Firaldo87’ Farrell would join Team UK in 888poker’s 8-Team promo, as wingman to the captain Chris Moorman |UK|. Similarly, Swede pro Anton Wigg has been added to Team Sweden, as wingman to the team’s captain Martin Jacobson |Sweden|.

What is the 8-Team promotion?

Leading poker company 888poker is giving one lucky team the chance to win a free package to the 2019 WSOP (World Series of Poker) Main Event. The 8-team tournament will see six country-based teams that will compete for points, based on their performances in this year’s WSOP Main Event.

Each team consists of 3 members – a captain, a wingman and an online qualifier and each team’s members will be awarded points based on the days they survive at the 2018 World Series ME. Bonus points are awarded to the player who ends any day as chip leader and an additional 100 points go to the player who is the last man standing in the ME.

Teams and their captains:

Female pro Bruna Unzueta joined Vivian Saliba as wingman for Team Brazil, Farrell joined Team UK and now, Wigg has joined Team Sweden. Wigg has earned over $2.3 million in live poker cashes while he has amassed a massive $7.9 million in online poker till date, which makes Team Sweden one of the front-runners to win the 8-Team promo.

Three more teams are to announce their wingmen while the online qualifiers are to be announced as well. With the WSOP Main Event having a massive buy-in of $10,000 and 888poker awarding a free seat to all three members of the winning team, there will be quite a lot of motivation for these teams.

We at GutshotMagazine.com will bring to you all major updates on the 888poker 8-Team promotion and also the upcoming 2018 World Series of Poker. Stay tuned.