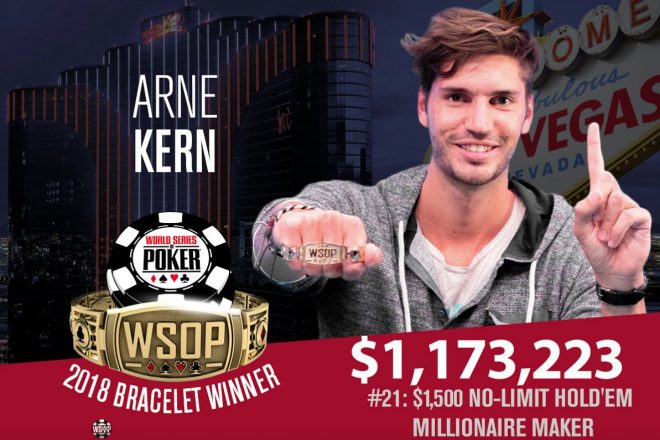 Arne Kern is a Millionaire at the 2018 WSOP

For Indian poker players, the name ‘Millionaire’ is an extremely significant one, as it is the name of a monthly tournament held by The Spartan Poker, one of India’s top poker websites, which promises a guaranteed prize pool of INR 1 crore each month. Similarly, the Millionaire Maker event at the 2018 World Series of Poker promised to make one winner a millionaire.

Quite a few Indians were following Event #21: $1,500 NLHE Millionaire Maker as Raghav Bansal, one of India’s top poker pros, made a deep run in this tournament. He was one of the chip leaders at the end of Day 2 of the event, where 164 entries closed out the day. Then, he was pretty impressive on Day 3 but was unfortunately knocked out, finishing 21st for a prize of $40,898 (~INR 27.64 lakh). The tournament saw a massive participation of 7,361 entries. 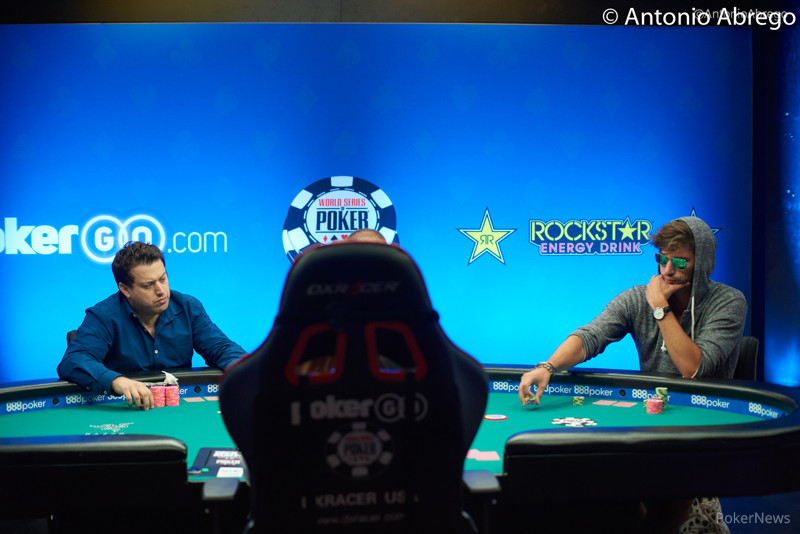 The final 17 survivors took to the tables on Day 4 and it wasn’t long before the Day 2 (Aaron Messmer) and Day 3 (Chad Hahn) chip leaders were knocked out. Former WSOP Main Event Champion Joe McKeehen was also among the mix but was knocked out in third place. This led to an intriguing heads up battle between poker pros Samad Razavi and Arne Kern, both of who had never won a WSOP gold bracelet before.

However, it was all going to change for Kern, as he beat Razavi after a long heads up battle. When McKeehen was knocked out, they both had almost the same number of chips and we knew that it was going to be a long night for the two, and for people supporting them from the rail. Both players picked up career best live poker cashes.

Germany’s Kern picked up a massive cash prize of $1,173,223 for first place and his first WSOP bracelet. It was a huge win for the poker player who had less than $100k in live cashes prior to this event. A pay check of $724,756 was Razavi’s highest as well, taking his career winnings to nearly $2.5 million.

In the final hand, Kern moved all-in pre-flop and Razavi called with the rest of his 11 million chips. Kern turned over 4s-2s while Razavi was in the lead with Ah-Jd as the flop opened 8s-3s-3h, but the turn opened 5s giving Kern a flush and ending Razavi’s hopes of winning a WSOP bracelet.

For more updates on ongoing events at the 2018 World Series of Poker, keep reading GutshotMagazine.com!