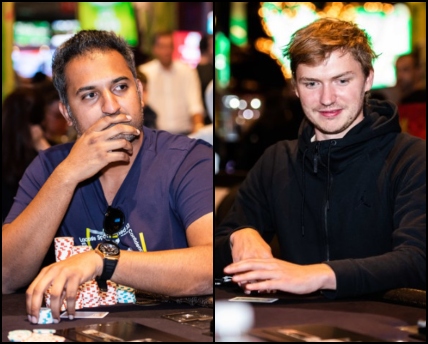 It’s time to strike out the major tournaments from your calendars. With an end to the APT Vietnam Kickoff and IPC 2020, the Aussie Millions Poker Championship 2020 is also pouncing its way towards the finishing point. The much-awaited A$10,600 Main Event is separated by one day to announce the ultimate millionaire!

Day 4 of the Main Event started off with 37 runners hunting for the biggest share of A$8,200,000 prize pool crushing the advertised guarantee. So far, the top 81 finishers earned quite well from the same however the largest chunk still awaits its ultimate titleholder. The play was relatively slow as it took more than 14 hours to declare the final table chip leader. And once again, it was the chip in-charge from Day 3, Nino Ullmann making a remarkable finish as he stood tall throughout the fourth flight, already coming close to winning the ANTON Jewellary Championships ring after bagging 5,500,000 chips.

It is important to note that the January edition’s Main Event witnessed a tough field, enrolling a total of 820 hopefuls. Observing 8 Indian contenders throughout the competition after missing out on the domestic tournament series, India Poker Championship 2020 have justified their move. Out of this heavy number 3 Indians finished in the money including Rahul Melwani earned for busting quite early in the play for AUD 15,580 (~INR 7.59 Lakhs), Paawan Bansal ended in 32nd place for a handsome AUD 36,080 (~INR 17.58 Lakhs) and Rishabh Vekaria who started his day with second in chip lead was railed out by Ngoc Tai Hoang in the 18th place for an incredible AUD 82,000 (~INR 39.97 Lakhs).

Vekaria was last recorded to champion the DPT Main Event in Goa in 2019. With total live earnings of over $48k, this has been his career-best so far. On the other hand, sitting 8th in India’s All-Time money list Paawan Bansal also boosted his poker bankroll from $625k. Both players have had an incredible finish on Day 4 of the Aussie Millions Main Event.

The final table will resume tomorrow, 24th January at 12:30 pm local time and all eyes are fixed on the winner’s prize money of ambitious AUD 1,850,000 (~INR 9 Crores). However, the first one to bust on the final day is guaranteed a 6-digit pay of AUD 240,080 (~INR 1.17 Crore). So, for the latest updates on poker news and tournaments around the world, keep reading GutshotMagazine.com and stay tuned!