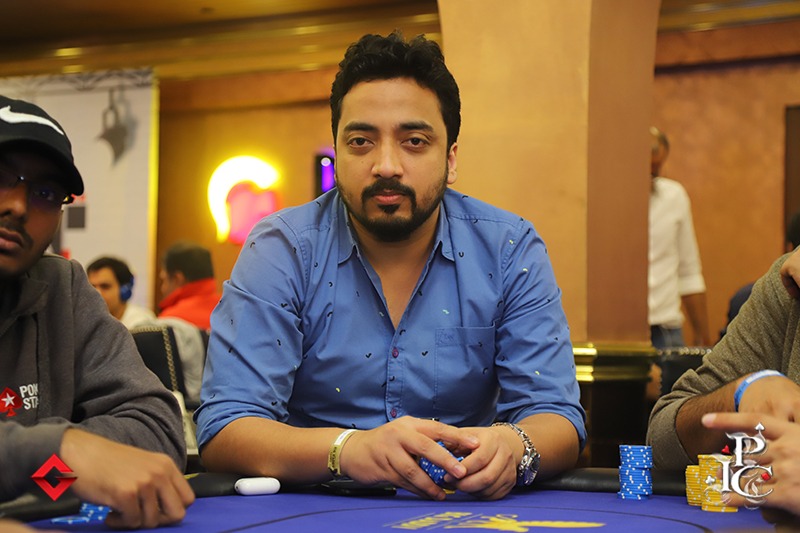 And the records keep tumbling at the India Poker Championship. The 10k event saw 437 participants, the High Roller crushed with the prizepool going past double its original guarantee and the starting flight of the 35k Main Event continued the trend. Day 1A of the Main drew an astounding 390 entries leading to the opening day’s prizepool of well over 1.3 Crores! Now that is amazing considering this figure is less than the original guarantee of 1.6 Crores and we have the second and final starting coming up in less than 12 hours. 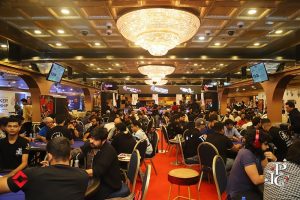 Past events with multiple starting flights across the world have the trend of scoring the same and invariably entries in the latter days. So we are almost certain that this Main Event will get tantalizingly close to the INR 3 Crores mark for its prizepool. That would mean roughly over 850 entries which will no doubt be an IPC record once again but also like an Indian record for a Main Event attendance. Over 100 players kicked off the action and more were expected to join in not only from outside but also from those 29 Day 1 survivors of the Highroller who were playing alongside. Some of the notables in the field included Kartik Ved, Deepak Bothra, Rubin Labroo, Sahil Mahboobani, Arjun Agrawal, Mithun Mahesh, Arjanveer Chadha, Zarvan Tumboli, Chetan Jain, Adda52 Celebrity Pro Minissha Lamba, Nishant Sharma, Arsh Grover, Eka Vedantham, Maria Kirloskar, Manoj Pentakota, Pulkit Goyal, Anil Gulati, Sangeeth Mohan, Nikita Luther, and many others.
A little under 3 hours into the Main Day 1A we had crossed the 300 player mark which already brought a huge amount of excitement among the participants at the thought of the eventual prizepool after both flights would conclude. A fair number of the afore-mentioned notables however did not make it to the later stages of the day including Kartik Ved, Shashank Desai, Paawan Bansal, the 10k Freezout champ Siddharth Mundada, WSOP bracelet winners Nikita Luther, Aditya Sushant, Abhinav Iyer and several others.
All of these players will certainly certain to participate in the second and final starting flight. There will also be plenty of players especially those with lower than average stack who might consider taking another shot as players are allowed to enter both flights. However should they have rollover stacks from both flights, only their bigger stack will go into play on Sunday’s Day 2.
It should an even more interesting Day 1B to watch out for as we will keep an eye on the records that could be set on this day. At the moment 77 survivors remain from the 390 that started and they are led by Awnish Singh who is sitting pretty on a stack of 508,000 followed closely behind by Karan Mehta (499,000) and Sanket Arora (398,000) rounds off the top 3. There is also a lone Chinese player in an otherwise entirely Indian field who sits with a decent stack of Zhangchuan Ling (232,000).
Gutshot will be back to bring you live updates from Day 1B which kicks of at 3:00 on Saturday afternoon so stay tuned.
Tagged : India Poker Championship, IPC