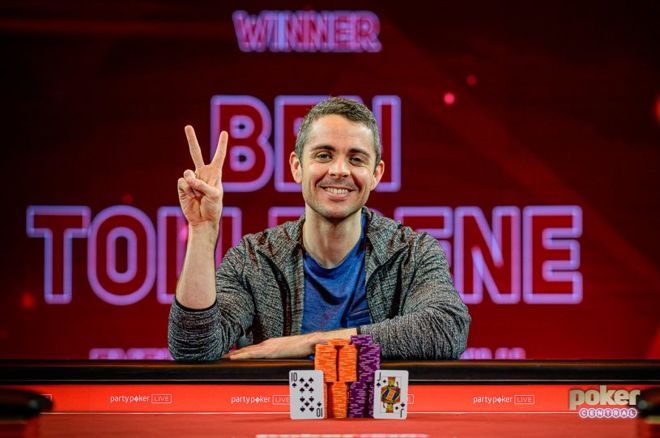 The 2019 British Poker Open (BPO) was played out between 2nd to 12th September at the Aspers Casino in London, England. The tenth and the final event of the series is now a wrap. The first week of the series saw 8 tournaments taking place, among them four £10,500 buy-in events and the other four that cost £26,000.

BPO Event #10 £100,000 No Limit Hold’em attracted a small chunk of 12 entries to create a prize pool of £1.2 million to be divided among only the top two players, with none other than Cary Katz and Ben Tollerene heading to the showdown.

Tollerene’s battle wasn’t smooth. He started with the shortest stack and managed to regain control after closing the gap with Katz in heads-up battle. In the final hand, Katz was at risk with ace-six but Tollerene flopped open-ended with jack-ten suited and made a straight on the river. He paved his way to being called an ultimate champion of BPO 2019 £100,000 No Limit Hold’em Main Event by winning £840,000.

The final table witnessed 4 players returning to the showdown, but unfortunately, Christoph Vogelsang and Mikita Badziakouski left empty-handed. Vogelsang as we all know stands 3rd in Germany’s All Time Money with total live earnings of $20+ million.

Tollerene expressed, “This event, and this series, was very tough and I don’t have all the confidence in the world against these guys. If this was PLO, I would’ve felt much more comfortable but whenever I do play hold’em I put in time to study and be well prepared.”

The US-based Tollerene stands with multiple winnings and placed in the 3rd position of Texas, USA All Time Money with massive total live earnings of $9.5 million. Under the username ‘Ben86’ is also an online player specializing in pot-limit Omaha.

With an end to British Poker Open (BPO), it is almost time for the upcoming £250,000 Super High Roller Bowl London to begin on September 13th. Keep reading GutshotMagazine.com for the latest updates on poker news around the world.