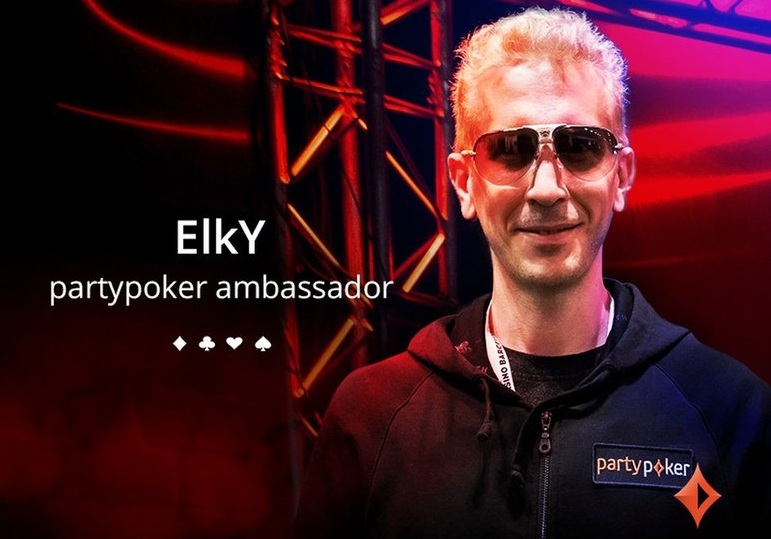 Since December last year, a whole bunch of top poker pros parted ways with the industry giant PokerStars, including Vanessa Selbst, Felipe Ramos, Jason Mercier and Bertrand ‘ElkY’ Grospellier. Most would attach that to the downfall of PokerStars but they are still undoubtedly the leading poker company in the world!

French poker pro Bertrand Grospellier was the latest to leave them, announcing it via a post on his Twitter handle. While he didn’t mention any particular reason for leaving apart from just wanting to move on, he mentioned that he was eager to start a new challenge, which meant that many other poker companies would’ve been eyeing him.

A little over two months since the announcement of ‘ElkY’ leaving PokerStars, the news of him being snapped up by partypoker has come out. He wore the PokerStars patch at live tournaments for over a decade and will now switch to the orange and white partypoker patch.

He’s also been wearing the partypoker patch all week long at the ongoing MILLIONS Grand Final Barcelona. He’s now the second pro to have walked out of PokerStars and later join partypoker, after Isaac Haxton did the same in January this year. The news of Grospellier, the highest earning French poker player joining partypoker has come just before the launch of their shared liquidity plan.

It’s going to be exciting to watch Grospellier in this new avatar. PokerStars is currently the only company benefitting from online shared liquidity, and now partypoker will follow them. How far behind are partypoker from being as good as PokerStars? Can we one day see partypoker going to the top and leaving their rivals behind? Comment and let us know your views.

Keep reading GutshotMagazine.com for more stories from the world of poker!