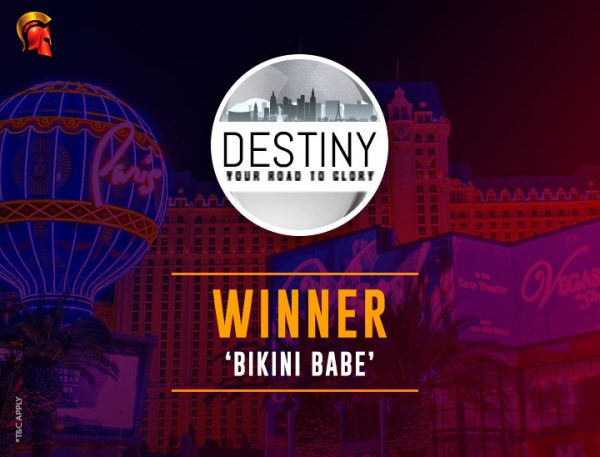 TheSpartanPoker’s weekly featured tournament Destiny is on the fourth edition where last night saw the third-week winner in ‘Bikini Babe’ qualifying for the Destiny SnG Finale. The finale is scheduled on 18 March at 6:30 pm where along with ‘Bikini Babe,’ ‘mrgr33n’ and ‘randomuncle’, seven additional qualifiers will be against each other to claim the 10L Destiny SnG Finale.

As mentioned earlier, it was ‘Bikini Babe’ who claimed the Destiny title last night for INR 5,62,500 and a ticket to above Destiny SnG Finale worth INR 1 Lakh. ‘Bikini Babe’ outlasted 445 entries in the tournament and ‘bullzeye’ in the heads-up battle.

We will bring you these Destiny tournament results every Thursday along other stories from India and around the world so stay tuned to Gutshot Magazine for your daily poker dose.