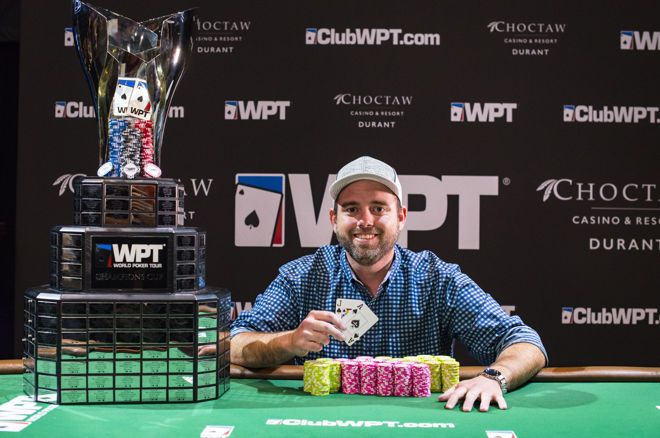 The World Poker Tour concluded Season XVI of its Main Tour before the 2018 World Series of Poker began. Once that series was done, too much time wasn’t wasted before they launched WPT Season XVII. The first event concluded less than a couple of weeks back, with Simon Lam winning the WPT Gardens Main Event.

The next major tournament on the WPT calendar for this season was the WPT Choctaw $3,700 Main Event and this tournament at Choctaw Casino Resort, Durant, Oklahoma was a massive success, with the advertised guarantee of $1 million being smashed and a new prize pool of $2.5+ million being generated.

755 entries registered to this tournament and the top 96 were paid out a minimum of $2,932. It was majorly a US-dominated tournament, with the last 38 finishers all USA poker players, and ultimately, it was Brady Holiman from Texas, who outlasted this field and took home the top prize of $469,185.

The prize money includes a $15,000 seat into the season-ending WPT Tournament of Champions and Holiman would’ve been mighty pleased with his maiden WPT title, having barely around $50k in live poker cashes prior to this victory. It would’ve been even more special due to the fact that he sent out poker pro Anthony Zinno in 5th place, thus denying him a chance to get his 4th WPT title. Darren Elias became the first to 4 WPT titles earlier in May this year.

Holiman reached heads-up against countryman Viet Vo, and even though they had a similar chip stack at the time, Holiman improved to a lead of nearly 2:1 by the time the last hand was played. Here, he went all-in with AJ and Vo called with pocket Kings. Holiman gave Vo a bad beat to end the tournament, flopping trip Jacks and winning the WPT Choctaw Main Event.

Keep reading GutshotMagazine.com for similar updates on poker tournament from around the world, both live and online.