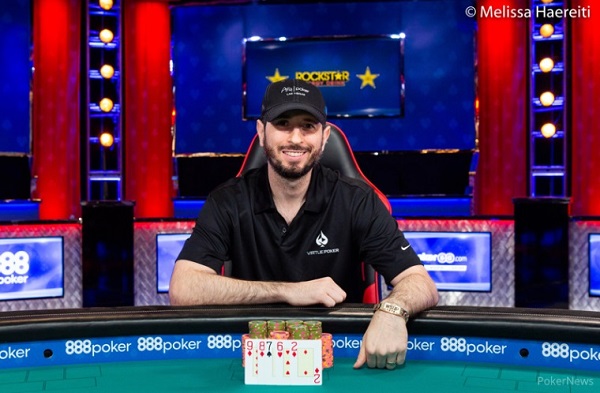 The 2018 World Series of Poker has been on in full swing and a couple of days ago, Event #23: The $10k 2-7 Lowball Draw began, with a total of 95 registered entries that boiled down to the final 11 survivors at the end of play on Day 2. They came out to play again today and after hours of grinding, it was USA’s Brian Rast who was crowned champion.

Italy’s Dario Sammartino had a good run on the final table, but the duo of 2015 Super High Roller Bowl winner Brian Rast and this event’s Day 2 chip leader Mike Wattel kept him quiet and took him out of the lead, eventually sending Sammartino to the rail in third place. The stage was set for a good heads up battle between Rast and Wattel, with the former holding nearly a 4:1 chip lead.

The heads-up battle was like one-way traffic as Rast kept raising and taking down every pot, slowly diminishing his opponent’s stack. Wattel refused to give up easily and won a few pots himself, trying to claw his way back into the game. The two took a few breaks and the heads-up battle went on for nearly three hours before Rast was crowned champion, taking home a pay-check of $259,670.

Rast has an extremely impressive poker CV, with over $21 million in live poker earnings and a career best win of $7,525,000 at the 2015 SHRB. He added to his poker accomplishments here today by winning his 4th WSOP gold bracelet, making him the only bracelet winner for the day.

However, this competition will be remembered less for its winner, and more for the last ever WSOP tournament of the 84-year old poker legend, Doyle Brunson. He announced his retirement from the game yesterday and had a good run too, holding the chip lead for quite a while. Eventually, the 10-time WSOP bracelet winner busted in 6th place to cash out for $43,963.

The $10k Lowball Draw event may have concluded but there are still plenty of big events lined up at the 2018 World Series. Keep reading this space as GutshotMagazine.com will be posting daily updates on the action taking place in Las Vegas.