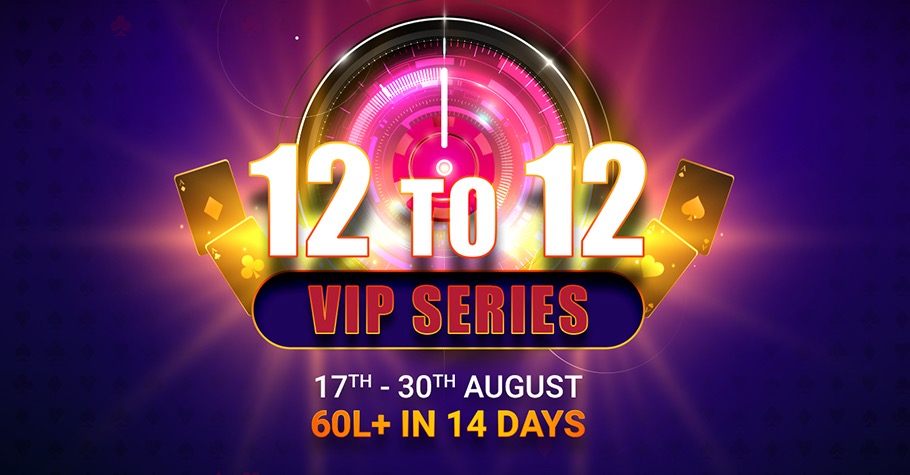 One of the rapid growing online poker site in India, Calling Station always believes in giving back to its loyal players. They often come up with amazing promotions, offers, tournaments, and much more, giving each stakes player a chance to take home bundles of cash prizes.

The monsoon month began with 12 to 12 VIP Series that guaranteed a massive INR 60+ Lakhs within 14 days. The site unveiled fantastic prizes for those who could accumulate the maximum leaderboard points. Similarly, on 17 August, Calling Station announced the ‘2nd Edition August’, their latest offering that will run until the end of the month, 30 August. Once again, the site assures INR 60+ Lakhs GTD.

The latest offer is designed in such a way that each player stands a chance to take home their favourite gadget from the lot. The action is currently underway, so ace your game this festive season as the winners of the below-mentioned categories will be awarded staggering prizes.

The Maverick VIP Race and Dealers VIP Race comes with a leaderboard worth INR 20,000 and INR 10,000, respectively. Now that you have picked up the category according to your requirement, let’s discuss the overall leaderboard prizes. Different stakes players can accumulate leaderboard points ranging between 80 to 1,700. Surely, all eyes will be on the stunning Mahindra TUV300 Plus. The second prize for 1,400 LB points is Hyundai Grand i10 Nios Sportz, Harley Davidson Street 750 (1,200 LB Points), CFMoto 650NK (900LB Points), Royal Enfield Continental GT 650 (750 LB Points) are waiting to be won.

Those players ranging between 6 to 10 rank can claim Samsung The Sherif Series TV+ Samsung s20 ULTRA + Lenovo L340 by generating 660 LB Points. Other surprises in store for you include Sony Alpha, iPhone 11 Pro, Motoral Edge+! The list is truly never-ending. And all this comes within a 12 hourly leaderboard cash prize worth INR 80,000.

Those of you playing the 2nd Edition August on Calling Station will be awarded leaderboard points based on the number of VIP points generated. One leaderboard point is equivalent to 50 VIP points. Head over to Calling Station today to capture the biggest slice from INR 60 Lakhs+ prize pool to end the month in style! For more updates on online poker series in the country, stay tuned to GutshotMagazine.com.