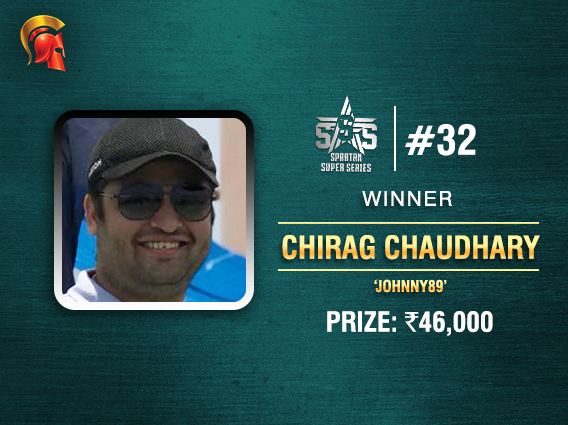 Yesterday was the final day of the latest Spartan Super Series (SSS) on The Spartan Poker – a series where INR 4.5+ crore was given away in guaranteed prizes. Kicking off proceedings on the last day of the series was SSS Event #32 INR 2 Lakh GTD, an INR 550 re-entry tournament.

A field of 391 entries registered to the tournament and eventually, the INR 2 lakh prize pool was shared among the top 24 finishers with a minimum cash prize of INR 2,000. Emerging victorious from this field and wrapping up what was a good series was Chirag Chaudhary aka ‘johnny89’, who won INR 46,000 for shipping this event.

Chaudhary has been consistent throughout the series and also finished runner-up to Aniket Waghmare in the SSS Destiny tournament last week. For this, he also finished in 5th place on the SSS points leaderboard, taking away an additional prize of INR 60,000 for this effort.

In heads-up, he beat ‘BlueLays’, who also had a great run in this tournament, winning SSS Event #8 earlier in the series and cashing out plenty of times as well. In this tournament, he lost Three of a Kind Jacks to Chaudhary in the final hand, with the latter having a higher kicker, Ace. He took away INR 30,900 here plus INR 2 lakh for finishing second on the SSS Leaderboard.

Gutshot spoke to Chaudhary after this tournament victory. The 29-year old is a second officer in the Merchant Navy who started playing poker nearly 8 years ago. However, professional commitments haven’t allowed him to become a poker pro over the years. However, he told us that his ‘love for the game is endless’. Talking about his start to real-money poker, he said, “I started playing almost the same time that I started playing poker, playing 1k buy-in home games. I have seen a lot of ups and downs in the game.”

He showed his love for The Spartan Poker as well, by saying, “SSS has been a blessing for me. I got to play an amazing series with a great playing structure. I am not sure why, but Spartan has always been a saviour for me when it comes to my poker journey. There have been times I wanted to quit due to bad runs but Spartan brought me back somehow.”

He also commented on the tournament experience and his future plans in the game. He said, “The most amazing part was heads-up in SSS #32. I went down to 1:16 in the chip counts against ‘BlueLays’ but from there I think I played the best poker of my life, going on to overturn the lead and finally ship the tournament with AJ>KJ on JJ9 board. I do want to continue this good run and play some quality poker in the future. I am presently concentrating on MTT’s and OFC.” 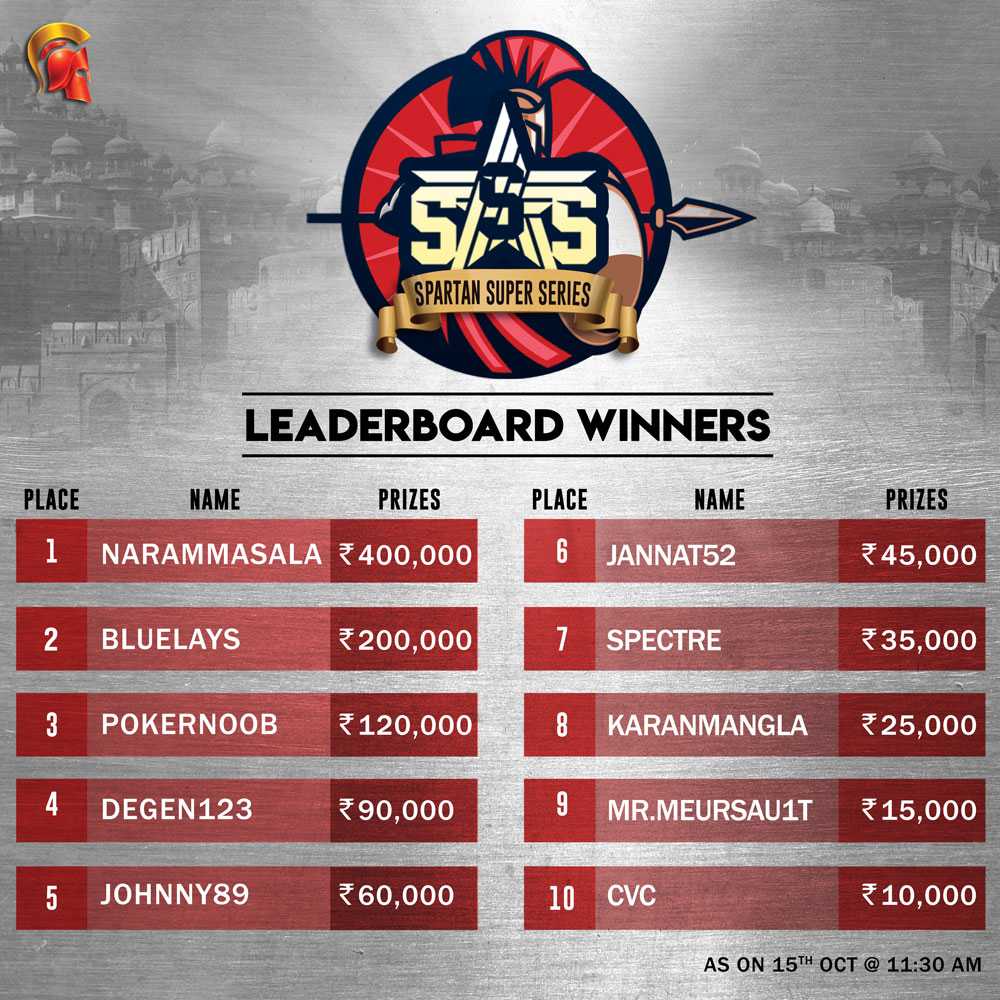