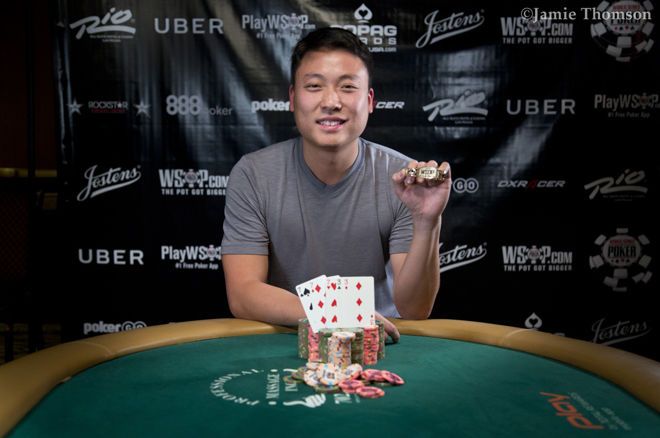 USA’s Dan Matsuzuki had just five previous live poker cashes until yesterday, including two prior cashes in the 2018 World Series of Poker itself. Then, he participated in Event #64: $10,000 Seven Card Stud Hi-Lo 8 or Better Championship after a friend convinced him to do so, only to ship the tournament and win his first live title.

Matsuzuki overcame a field of 141 entries in this less popular format of poker and a prize pool of $1,325,400 was created, of which Matsuzuki took home $364,387 for first place. 22 players were paid out a minimum cash prize of $14,739 in this tournament, with Matsuzuki securing his first WSOP gold bracelet.

He barely had $20k in live poker winnings prior to this event so it will definitely be a big moment in his poker career. “It still hasn’t hit me really. I wasn’t even going to play this event, but my buddy convinced me. ‘Come on; Let’s gamble’ – those were his exact words. He took a piece of me and we registered on Day 2 and I just got a good run of cards,” said Matsuzuki after this big win.

He called this format of poker the most entertaining one, after beating Scott Bohlman in heads up and denying him his second gold bracelet of the summer. Bohlman won the Mixed Big Bet Event just a couple of weeks back, taking home a 6-figure score and his first gold bracelet. Daniel Negreanu, one of the best poker pros in the business, also finished in the money of this Seven Card Stud tournament.

Keep reading GutshotMagazine.com for more updates on major poker tournaments from around the world.