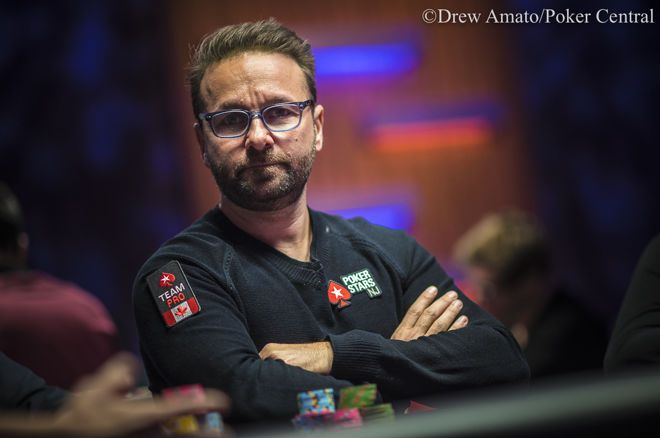 “I’m here to win this tournament,” said Canadian poker pro Daniel Negreanu, on Day 1 of the 2018 Super High Roller Bowl. Negreanu is said to be one of the best poker players in the world, having amassed over $36.5 million in live poker tournaments, which is more than anyone else in the world.

He believes that the Super High Roller Bowl (SHRB) is the most prestigious poker tournament and has made a brilliant start to the 2018 edition, with eyes on nothing less than the prize for first place. Negreanu is one of only 14 players who have played in all four editions of the SHRB and although he hasn’t cashed in previous editions, he ended Day 1 of the 2018 tournament as the chip leader.

The tournament is being played in the stylish PokerGO Studio in Las Vegas and a total of 48 seats were reserved for this $300,000 buy-in tournament. A massive prize pool of $14.4 million has been created and the final seven players will share this prize pool. For now, 31 players out of the original 48 have gone through to Day 2.

The winner of the 2015 Super High Roller Bowl, Brian Rast, was the first to be eliminated on Day 1, while 2016 and 2017 champions Rainer Kempe and Christoph Vogelsang are still in the mix. Stephen Chidwick has had an amazing year so far, winning the US Poker Open and cashing out for over $1 million in the recent SHRB China; he currently has the 4th largest chip stack.

Will Negreanu stay at the top when action kicks off on Day 2 tomorrow? Or will one of the newer generation kids overcome the deficit and go ahead of him and take home the top prize of $5 million? GutshotMagazine.com will be bringing to you daily updates of the 2018 Super High Roller Bowl, so stay tuned.