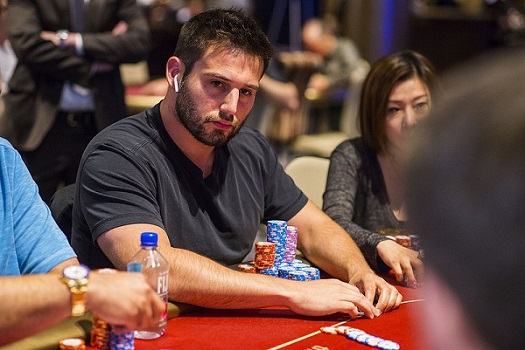 The WPT Bobby Baldwin Classic was the penultimate tournament on this season’s World Poker Tour calendar. It kicked off on 20th May and a total of 162 entries registered to the tournament which is being played at the ARIA in Las Vegas. Kevin Eyster led the chip counts after Day 1, but he was eliminated on the third day, taking 13th place for $26,100.

The $10,000 buy-in event had just 20 survivors at the end of Day 2 of play, with Jonathan Little having taken the chip lead. He played well but was slowly becoming short on chips as play reached the end of the third day. Play ended when it was down to the last six players, and Little had the smallest stack among these six, while Darren Elias had a commanding lead over the rest.

Elias was not even in the top 10 chip counts at the end of Day 2, so he did brilliantly to get this lead, now with 2,127,000 chips as compared to the next best 801,000 chips of Dietrich Fast. Elias has over $5.5 million in live poker cashes and he will be vying for a historic 4th WPT title when the final six players walk out to play on Day 4.

Phil Hellmuth also had a lead for some time during the day. The pro joined WPT’s talent team as ‘Raw Deal Analyst’ in August last year and since then, he’s made a few deep runs in search of an elusive WPT title. Yes, he may be the leading WSOP bracelet winner in the world, but he is yet to win a WPT title, crashing out in 7th place for a payday of $57,935.

Chip counts at the end of Day 3:

Come back to GutshotMagazine.com tomorrow to know whether Elias turns his massive lead into another WPT title or whether one of the other contenders make an incredible comeback and wins the prize of $387,580 for first place. Stay tuned.