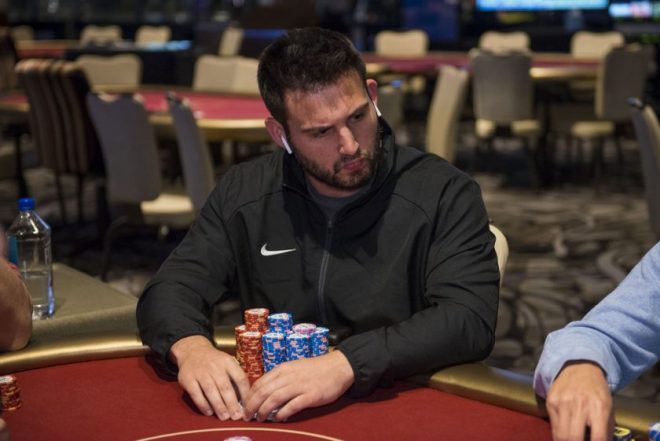 Just a couple of days back, US poker pro Darren Elias created history by becoming the first player to win four World Poker Tour (WPT) titles. Clearly, this wasn’t enough for the player, as he topped Day 2 of the recent season-ending WPT Tournament of Champions.

We’ve been following the action at the ARIA Hotel and Casino in Las Vegas and after three days of thrilling poker in the WPT Bobby Baldwin Classic, we moved to the $15,000 WPT Tournament of Champions, where WPT winners throughout the year were given free seats into the event.

After Day 1, Dennis Blieden was leading the final 20 survivors and now, just 5 survivors remain at the end of Day 2. The 31-year old bagged $387,580 for his win a few days back, taking his live poker winnings past $6 million. Now, he decided to stay in the limelight and he has a good chance of continuing this hot run and becoming the champion of champions.

The final 5 will take to the felts tomorrow morning to battle for the $463,375 for the first place. Elias doesn’t have much of a lead but he sure has a chance to win the third WPT Tournament of Champions. Gutshot Magazine will be following the tournament as it moves into its final day, so stay tuned for further details.