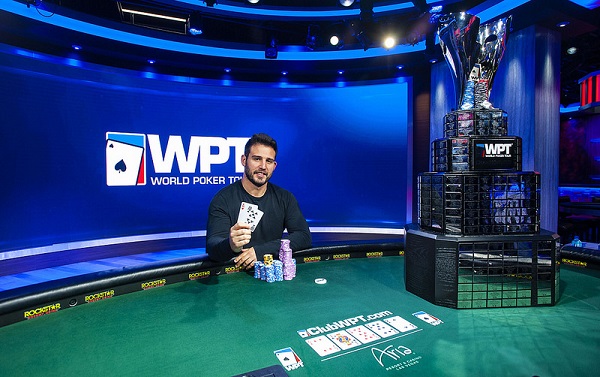 It was the penultimate tournament of the World Poker Tour (WPT) Season XVI and since it was being played at the ARIA in Las Vegas, some of the top poker pros were part of the action. At the end of Day 3, Darren Elias gained a sizeable lead over the rest in the final six and it was going to be an uphill task for all the other competitors.

The WPT Bobby Baldwin Classic attracted 162 entries and the final six were playing for the top prize of $387,580. Jonathan Little was the chip leader after Day 2, but he had the shortest chip count coming into the final day, which led him to busting first and taking home $74,520 for sixth place.

Elias began the day with 2,127,000 in chips, more than double the amount of the next best’s 801,000 (Dietrich Fast). It was a David vs Goliath battle and this time, Goliath won it easily, taking home $387,580 for first place, which includes a $15,000 seat to the WPT Tournament of Champions, which begins today, also at the ARIA in Las Vegas.

With this win, Elias took his career winnings past the $6 million mark and more importantly, he claimed a record fourth WPT title, which no one else in history has done. Gus Hansen, Carlos Mortensen, Chino Rheem, and Anthony Zinno are now tied at second place with 3 WPT titles while Elias stands alone with 4!

Taiwanese female poker pro Kitty Kuo finished second after a 3-hour long heads up battle with Elias in which 103 hands were played. She bagged $248,380 which turned out to be her highest live poker cash, beating the prize of nearly $200k that she earned for a 4th place finish in a 2018 Aussie Millions Event.

“It was cool to do something no one has ever done. I think I do well against the American pros and American recreational players who play in these more so than the European players. These WPTs are mostly in America with mostly American players, so I think that’s a lot of the reason for my success,” said Elias about his record-breaking achievement.

Keep reading GutshotMagazine.com for regular updates on WPT events and other poker tournaments from around the world.