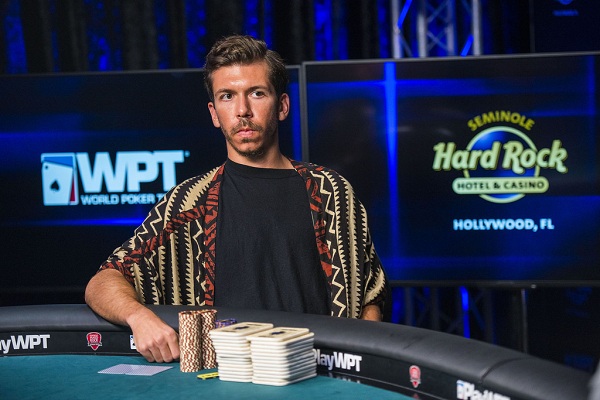 The World Poker Tour had its Main Tour Season XVI stop at the Seminole Hard Rock Hotel and Casino, Hollywood, from 19th January onwards. Known as the WPT Lucky Hearts Poker Open, the Main Event at this stop was a $3,500 buy-in one which saw a total of 911 entries.

After a lot of grinding that included a 4-hour heads up session, it was American Darryll Fish who won the Lucky Hearts Poker Open (LHPO) and secured his first ever WPT title. Fish, who has been playing live poker tournaments for over a decade, would’ve been mighty proud of this achievement.

“I’ve spent a lot of years playing WPTs, so it feels really good. I’m going to feel good for the next couple of mornings,” is what he said after winning this title, beating Aleksandr Shevelev in heads up, for the first placed prize amount of $511,604 and a $15,000 seat into the WPT Tournament of Champions, to end the season.

Incidentally, this was also his highest career live cash, going past his winnings of $453,185 for finishing 2nd at the WPT Seminole Hard Rock Poker Showdown last year. He has now taken his total career winnings to over $3.7 million and has broken into the top 300 on the all-time money list.

Going into heads up at the LHPO main event, Shevelev held the lead with 122 BB’s compared to Fish’s 95. The players went all-in with Shevelev holding A-10 as compared to Fish’s K-J. The flop opened Q-9-8 with Shevelev still in the lead, but a K on the turn and 10 on the river gave Fish a straight and his career best poker win. With 5 previous WPT final table appearances, this was the first time Fish managed to go all the way and he will be very excited with this victory.

For similar stories on such poker wins from around the world, keep following GutshotMagazine.com!