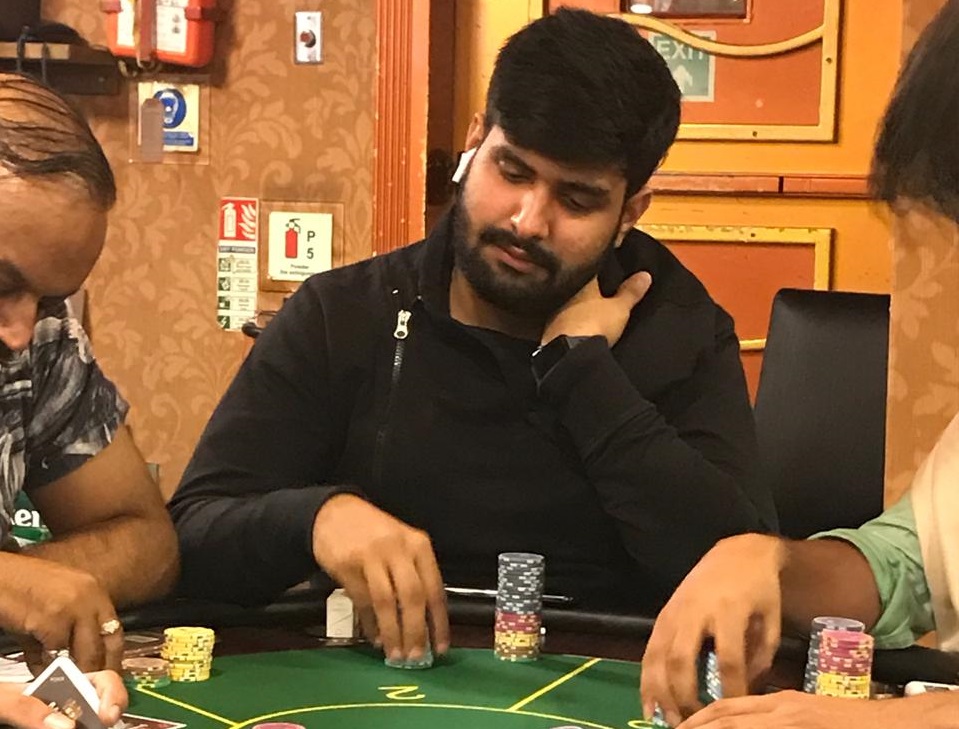 It was a little past 4:00 pm when the second starting flight of the Baadshah Live Tournament’s Main Event kicked off at the Pride Poker room here in Panjim, Goa. 24 participants came together to try and make their way to Sunday’s Day 2. As the sun started to make its way over the Mandovi river, we were left with the final 5 players who survived this Day 1B. Leading these survivors was Devesh Thapas who carries a stack of 2,48,400 into Day 2.

The evening hours of Friday brought with it some intermittent but heavy showers coupled with lightning and thunder. And while the inclement weather was doing its drama on the outside, inside the confines of the Casino Pride, things were decidedly moving at a much more relaxed pace. Given the deep structure of the tournament, players had much more play available to them. This Main Event features a buy-in of INR 35,000 and players who made the buy-in were presented with a stack of 30,000. While the overall action across the evening was decidedly slow, we did see some early bustouts from this Main Event. One of them was Amit Dev who lost a chunk of chips in the early levels of the day. Dev would go onto be the first elimination of this Day 1B when he lost to the bigger straight of Gaurav Gala. Gala was in fact chipleader when the tournament went on its first break of the evening.

Some of the players who were participating in the 75k Highroller happening alongside got knocked out and immediately jumped into Main Event. These included Vikram Kumar, star of the ‘LungiTV’ series and well known pro and WSOP bracelet winner Aditya Sushant. While Kumar did not enjoy a good run in the Highroller, he did get off to a good start by eliminating Pranav Bhatija and collected some chips as a result. Sushant too found his groove and settled in with a steady, if not spectacular, chip stack. Other names like Anant Purohit and the afore-mentioned Gaurav Gala would be some more of those who were eliminated. Barely any movement in the final two blind levels as it seemed like players were almost dead on their feet and looking to head home and rest for a bit.

One final bit of excitement as Level 14 came to a close with a double elimination of Shashank Siddharth (busted flush draw) and Mihir Thakkar (Kx 9x) happening at the hands of Devesh Thapar’s Ax 9x on a board of 6s 4s 9d Xx Xx.

Here’s how the final five players’ stacks looks like:-

That’s it from us for the coverage from this BLT3 Main Event Day 1B. See you tomorrow right here at GutshotMagazine.com for Day 1C of this Main Event!