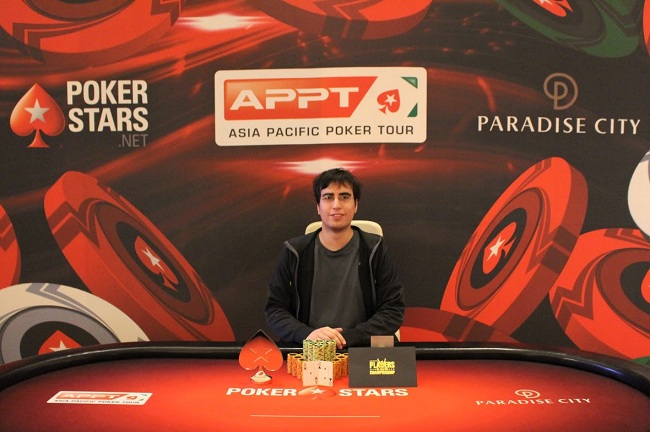 The APPT (Asia Pacific Poker Tour) was played in Macau last month and then moved on for a stop in South Korea. APPT Korea kicked off on 6th April and is scheduled to take place till 15th April, at the Paradise City Hotel & Casino in Incheon, South Korea.

Palma had a 2:1 chip lead but with Kwok getting two early doubles, the ICM deal was made. In what became the final hand of the tournament, both players went all-in pre-flop, with Palma’s A-2 leading over Kwok’s Q-J. The board opened 8-5-7-4-3, Palma completed a straight and won the title!