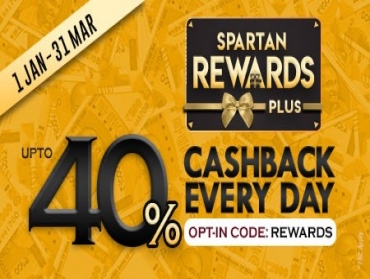 Enjoy a sparkling start to 2019 on The Spartan Poker

The Spartan Poker is one of India’s leading online poker platforms and as an industry giant, they often introduce some of the biggest and best online promotions for their loyal userbase. Now, they’re all set to launch some more promotions and offerings, going into the new year 2019.

2018 has been a brilliant year for the company and its users, with a number of new tournaments, series, leaderboards, rewards systems, and other promotions being introduced. Spartan believes that 2019 should be much better, and here, we’re listing down all things to look forward to on their platform in January 2019. 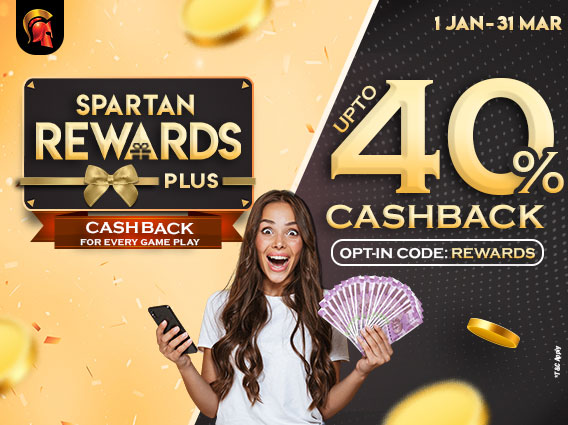 This new cash-games rewards system has been brought on by The Spartan Poker as a replacement for the very successful BigWin promotion, which ran for 4 months on their platform. New year means a new beginning and this new beginning is all set to offer rapid cash-back for every cash game played.

Every player must opt in to the 3-month long cash-games promotion using the code “REWARDS” and VIP points will be calculated on a daily basis, with every day’s count ending at 5:29am daily. The overall promotion runs between 1st Jan to 31st March 2019 and players can earn cashback up to 40% during this time.

Here are the different targets and rake-back levels that can be achieved: 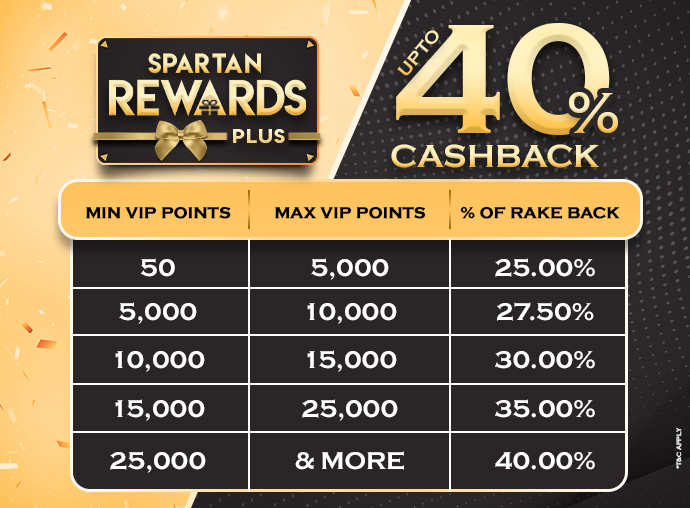 Another huge promotion that Spartan has revealed for the start of 2019 is none other than the India Online Poker Championship (IOPC) which is back for another edition. Some records are all set to be broken this IOPC, with India’s biggest online poker series set to take off, with INR 8.5+ Crore set to be won between 11-20 January 2019.

Not just that, but there are some very enticing tournaments that are among the 55 scheduled tournaments, including India’s biggest buy-in single tournament in online poker – INR 1 Lakh Super High Roller. The INR 1.5 Crore GTD Main Event is IOPC’s biggest ever till date while for the most consistent players of the series, INR 30 Lakh is up for grabs on the IOPC Leaderboard, including a Skoda Octavia to the winner!

Not only can you get rakeback daily on The Spartan Poker, but you can also get loads of money in instant bonuses. With the January 2019 Instant Bonus promotion, you can get up to 30% bonus on deposits made. This promotion runs between 1-7th January but hurry, this is on a ‘First Come, First Serve’ basis, as  Spartan has a cap of INR 50 Lakh on this promotion. Details:

Spartan signature tournaments include Two of a Kind, The Millionaire, and the most recent addition – 5 For 5. In the month of January too, all three tournaments will be played out on the first, second and fourth Sundays of the month respectively:

This and much more is all set to be won on Spartan in the coming month and year, including several satellites to enter high-value tournaments at lower prices. For all updates on similar promotions from Spartan and every other top platform in India, keep reading GutshotMagazine.com. Until then, we wish you a Merry Christmas and a very Happy New Year 2019!