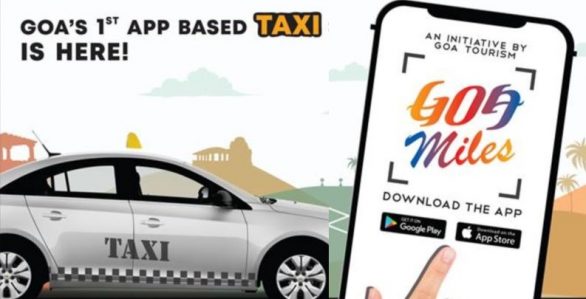 Just about a day after turning down Goa Chief Minister’s proposal to join the local government’s ride-hailing app, about 20,000 Goa taxis went on a flash strike on Friday affecting hundreds of people as a result.

After numerous complaints being received over a long term period regarding high fares and unregulated services by the state’s black and yellow taxis, the state’s tourism department tied up with GoaMiles, a company which maes app similar to Uber and Ola.

The Chief Minister Pramod Sawant advised the Association of Tourist Taxi Owners of Goa (ATTOG) members to register and try out the app for a 3 month period. However Thursday’s meeting did not go well and and the ATTOG refused to agree to the CM’s request. “We have one demand, we want GoaMiles scrapped,” the association’s President Chetan Kamat said.

Even as we publish this article, the taxi strike is still on. The talks between the association have been going on for more than six months but no middle ground has been reached. ATTOG has other demands besides the scrapping of GoaMiles including an 80% subsidy of the digital meters to be installed in every taxi. These meters are GPS-enabled so their tracking and regulation can be looked into. The taxi body has not even evinced any interest in creating its own app, the development of which, CM Sawant says the state government will support. An idea that finds support even by their competition, “GoaMiles doesn’t mind if the taxi operators come up with their own app because we respect healthy competition. We are pretty open to that,” said Utkarsh Dhabade, MD, GoaMiles. ATTOG, which is also supported by the All Goa Yellow Black Taxi Association, even rejected the government’s suggestion of being part of Goa Miles’ operation and getting a seat at the table there in. “We can sit across the table and discuss the chief minister’s proposal of a taxi union app,” union leader Chetan Kamat said. “We have around 30,000 taxis while GoaMiles has just 300. Let them join us to experience our service,” he added

While it is uncertain whether the taxi strike will go into a third day, one thing is clear – Goa’s taxi association and its arm twisting tactics are facing the heat of the state government’s regulatory proposals. However regardless of the outcome, it is the locals and tourists who will be paying the eventual price. Keep tuned to GutshotMagazine.com for further updates on this situation.