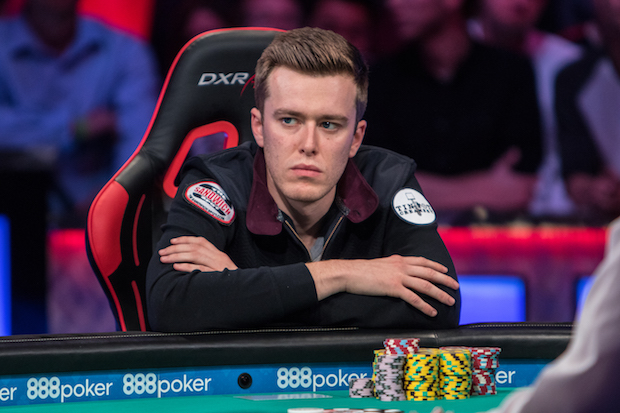 PokerStars is an online gaming giant that is also the largest poker company in the world. On the other hand, Gordon Vayo is an American poker player who has over $6 million in live tournament cashes and is best known for his runner-up finish in the 2016 WSOP Main Event, that fetched him a whopping $4,661,228 (~INR 31.36 crore).

In a recent development, the poker pro from Illinois, USA, has filed a lawsuit against the online poker room PokerStars for not paying him $692,000 that he won for shipping an event during the May 2017 SCOOP series (Spring Championship of Online Poker). He won SCOOP #1 – the $1,050 NLHE event but has not received the pay-out for this event till date.

Online gaming is prohibited in the USA, except for within four states, and since PokerStars does not have the license for online poker operations in the USA, they refused to pay out Vayo saying that he played the SCOOP series or at least a part of it from within the country.

Vayo further argued that he provided enough evidence that he played the SCOOP tournament within the boundaries of Canada, where online play on PokerStars is authorized. After still not receiving his payment, he has filed a lawsuit against the company, in the US Court for the Central District of California, on the counts of fraud, breach of contract, unlawful activities and false advertising.

Playing under the username “holla@yoboy”, even the PokerStars blog has acknowledged Vayo as the winner of Event #1 of the 2017 SCOOP series. However, Stars Group has maintained that after investigations, they have found Vayo to have played from within USA during the tournament.

We will continue posting updates of this story, so keep reading GutshotMagazine.com!

UPDATE: On 14th May 2018, PokerStars sent out this statement to all media entities: “We cannot comment on pending litigation matters and our investigation into this particular matter is ongoing. However, as operator of the most regulated poker site in the world we believe that we have a duty to protect the integrity of the game and ensure we provide a safe and fair poker platform by enforcing our terms of service. We have paid out over half a billion dollars in tournaments winnings this year alone and will continue to implement rigorous security procedures to protect our players.”