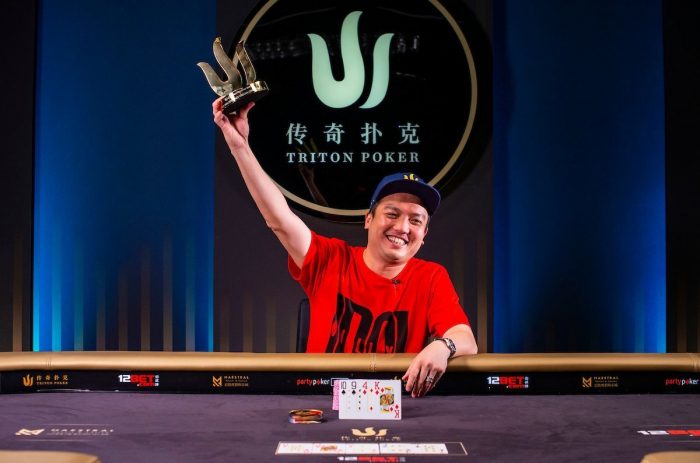 Just yesterday, we spoke about Frenchman Rui Cao winning his first ever Triton Poker title and in fact, his first ever major live poker title. Now, we have another event from the same series that has crowned a first-time winner, this time being Malaysia’s Hing Yaung Chow, who shipped Triton Montenegro Event #8: HKD 200k PLO.

Primarily a cash games player, Chow’s Hendon Mob profile would show you only about $430k in live earnings until yesterday. After final tabling two previous Triton Poker tournaments, he was finally able to ship one and bag not just first live poker title but also the biggest cash of his career, earning HKD 2,640,000 (~$336,383) for this win.

It was US pro Ben Lamb who held the overnight lead in this 2-day event which was also the first time that Triton had hosted a PLO event in their history thus far. Lamb looked set to take down the title but eventually, it was Chow who played some amazing poker to go on and get the victory, following which all the Malaysians in the room came over to smile with him for a photo.

37 entries (including 15 re-entries) were a part of the field and 9 of them survived the first day but when they returned on Day 2 at the Maestral Resort and Casino, only 5 would end up making the money. In heads-up, Lamb began with the lead, but it wasn’t long before Chow’s relentless aggression gave him the lead. Thereafter the lead shifted a few times back and forth but finally, Chow was crowned champion.

For all updates from the 2019 Triton Montenegro Series and other poker tournaments from across the globe, keep following GutshotMagazine.com.