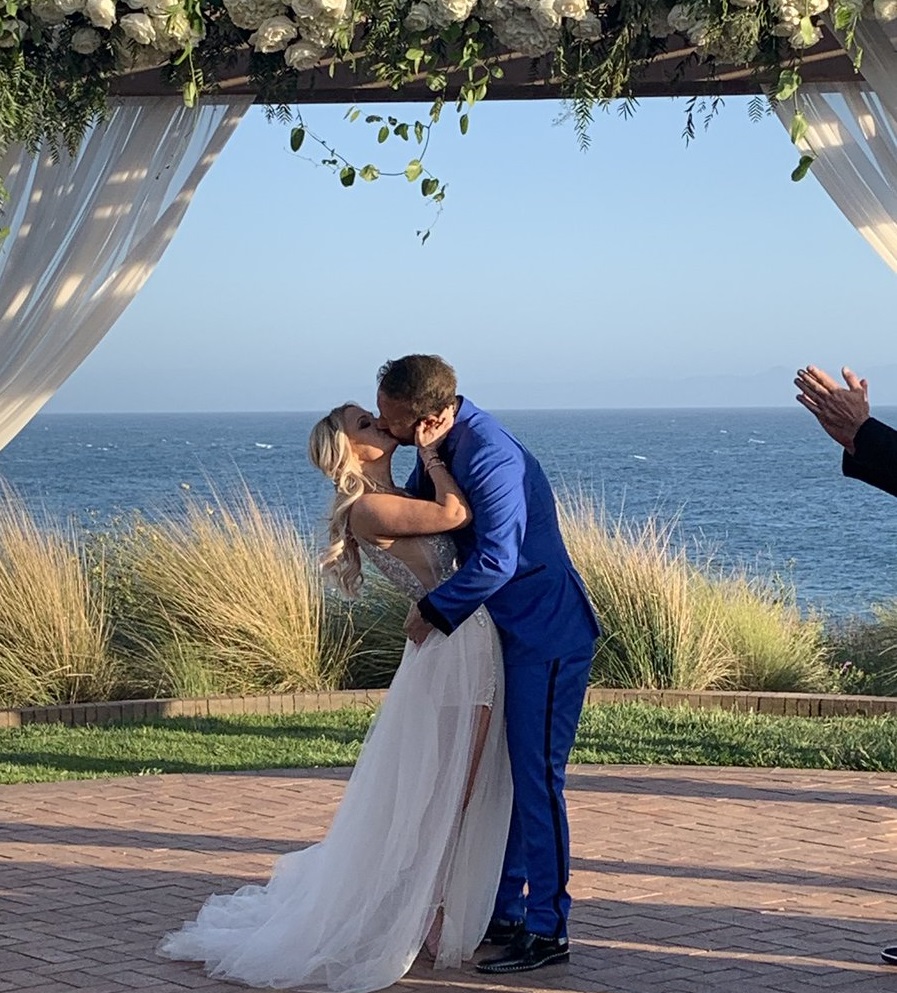 It’s probably one of the most high-profile poker weddings in the world as former all-time money list leader Daniel Negreanu has gone on to tie the knot with long-time girlfriend Amanda Leatherman. Negreanu began the year on a sweet note by proposing to his girlfriend on New Year’s Eve. No prizes for guessing what her answer was!!

The Canadian poker pro is a 6-time World Series of Poker (WSOP) bracelet winner and was only recently displaced by Justin Bonomo from the world’s richest tournament poker player position. On the other hand, Leatherman is a former Big Game host and current host of Facebook Watch’s Friday Night Poker.

The duo first dated over a decade ago and after some time apart, they began dating again only a few months ago. The glamourous wedding took place over the weekend after a ceremony at the Terranea Resort in Rancho Palos Verdes, California. Negreanu was his usual playful self as he announced the official hashtag for the wedding as “#ALovesTheD”. 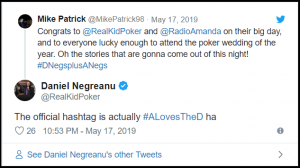 Family and loved ones were present at the wedding and quite a few known names from the poker industry, including the ‘Poker Brat’ Phil Hellmuth. Hellmuth posted several photos from the wedding and also tweeted calling it the ‘Social Event of the Season’ in the poker world.

Some other top names from the poker world in attendance were David Williams, Jason Somerville, Frank Kassela, Maria Ho, Antonio Esfandiari, Phil Hellmuth, Jeff Madsen, David Benyamine and David Oppenheim. While poker legend Doyle Brunson couldn’t make it, he had a bit of advice to give his poker pal:

In the past, Negreanu has dated fellow Canadian poker pro Evelyn Ng before going on to marry Lori Lin Weber in 2005, which barely lasted 2 years. He was also linked with American Pie actress Shannon Elizabeth and is said to have also dated Miss Earth Hungary 2008 Krisztina Polgár, prior to a short relationship with a Las Vegas hairstylist named Marissa. So, you can say that Negreanu has been quite the ladies’ man over the years.

Check out some images from the wedding: 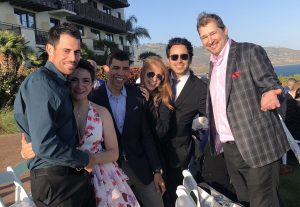 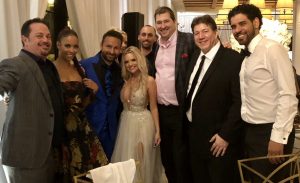 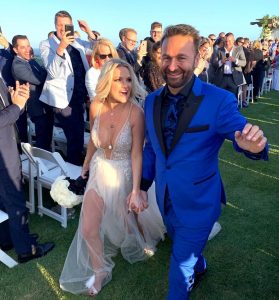 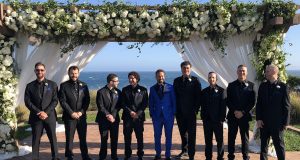 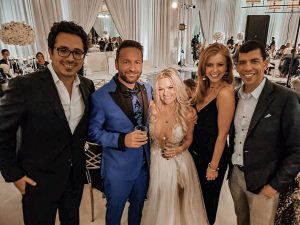 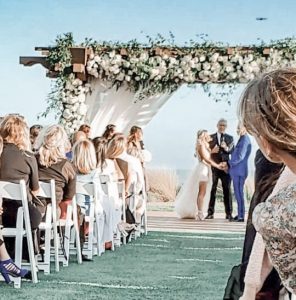 For all updates from the world of poker, keep following GutshotMagazine.com.