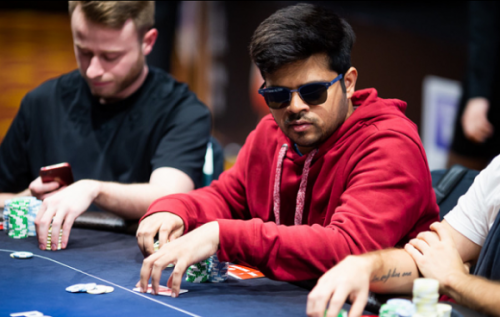 Just yesterday, we spoke about how the European Poker Tour (EPT) was on in full flow in Casino Sochi and how the Indian contingent present has been having a good time for sure. After Kartik Ved’s brilliant run in the EPT National Event, it was Sriharsha Doddapaneni who excelled in the EPT Main Event, being the only Indian among the final 100 players.

Last night, Doddapaneni continued this good run in Russia and at one point was even among the top stacks of the night. However, he was unfortunate to have been eliminated along with 3-4 others that hit the rail in a flurry of eliminations towards the end of Day 3. Doddapaneni eventually had to settle for 26th place, also being the only Indian to cash in the event.

While Indians are doing well at several live poker destinations across the world, Russia is one such place where we haven’t seen a lot of Indian achievements, but this finish by Doddapaneni could see many more Indians take party in future PokerStars LIVE series here. He pocketed a handsome prize of RUB 785,850 (~INR 8.39 Lakh) for his finish.

Doddapaneni is a regular online grinder and it’s not too uncommon to see him take down a title every few days across the major online platforms. He has built a bankroll good enough for this international trip and we will surely see him cash a few more times in the near future.

Currently, we’re down to the final 23 players in the EPT Sochi Main Event and we will bring to you timely updates from the same, where these players will all have their eyes on the massive RUB 27,475,000 (~INR 2.93 Crore) top-prize. Until then, keep following GutshotMagazine.com.